A new report from the Senate committee on fintech has urged Australia’s many financial regulators to improve collaboration and adopt a competition mandate to put the nation’s financial services industry in the same class as its Asia-Pacific neighbours.

Senator Andrew Bragg, the chair of the Senate select committee on financial technology and regulatory technology, tabled the inquiry’s interim report on Wednesday, with 32 recommendations.

The suggestions have included providing the Council of Financial Regulators with a competition mandate to promote innovation and guard against anti-competitive behaviour and requiring the coalition of industry watchdogs to report on Australia’s global competitive position in financial services.

“Looking at the way competition in financial services is regulated in Australia, it is abundantly clear that the current approach is fragmented and unclear, with the ACCC, ASIC, APRA and the RBA all playing roles,” Mr Bragg said in his tabling speech to the Senate.

“Witnesses viewed this fragmentation as a risk, and saw the need for Australia’s financial regulators to collectively provide greater focus on promoting competition and innovation in the financial system, if Australia is to stand any chance of competing with the likes of Singapore and the UK.”

It has also suggested a new national body to deliver the landmark Consumer Data Right, instead of the current ACCC wing, as well as progressing the open data initiative to the superannuation sector.

The committee considered a single, standalone body is required as the bill is rolled out across further sectors, with Mr Bragg saying it was “too important” to be managed by a committee of the competition regulator.

Self-regulation has also been recommended across new products to promote competition, with the senator pointing to buy now, pay later services. Mr Bragg reported the committee was “not convinced the way to promote innovation was to force new ideas into old forms of regulation and laws designed for something altogether different”.

FinTech Australia chief executive Rebecca Schot-Guppy weighed in, saying consumers would be the winners from increased competition in the sector.

“This was a recurring theme in the committee’s suggestions, and we welcome a focus from the government in measuring just how competitive the sector is, and further tweaking of policy to enable competition,” Ms Schot-Guppy said.

The fintech peak body has also supported a single body to monitor the CDR, noting Australia’s position as a global innovator will rely on the data-sharing initiative on having a robust regulatory framework.

“We urge the government to strongly consider the recommendation to introduce a new body to govern the roll-out of this policy,” Ms Schot-Guppy said.

“This is a best practice approach we have seen successfully implemented in both Singapore and the UK.”

Technology and versatility are expected to underpin the creation of new jobs as Australia navigates through the pandemic.

“As Australia faces its first recession in 30 years, it’s clear we need more jobs and the only way to do that is to embrace technology and become globally competitive,” Mr Bragg said.

“It is my hope that this interim report can be seen as a series of quick wins: new jobs and more choice.”

He also pointed to other recommendations from the committee across regulation, tax, capital and funding, skills and talent, and culture.

“More jobs and better consumer choice will emerge if we are competitive and iterative in our approach to policy formation.”

Turning to capital, the committee has called for the bolstering of the Early Stage Venture Capital Limited Partnerships program and the Early Stage Innovation Company tax incentive, to attract more capital into start-ups.

It has also suggested the formation of more Collective Investment Vehicles, to boost investment into Australia.

The 2009 Johnson review had recommended the same capital reforms.

“This is a [longstanding] government commitment which has yet to be implemented and something the FSC has advocated for over a long period,” Ms Loane said.

The report has also called for the extension of virtual AGMs, technology-neutral laws and a permanent telehealth system following COVID-19.

“We’ve already shown we can be smarter and more innovative during the pandemic,” Mr Bragg said.

The committee’s final report is due in April next year. 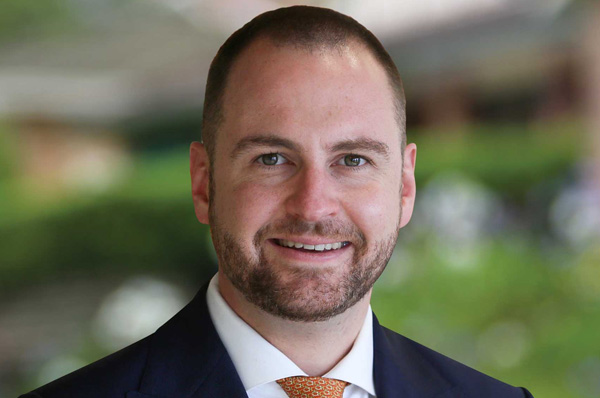