Patrick confirms he won’t back down on FASEA bill

The Centre Alliance senator whose last minute amendment scuppered the passage of the FASEA extension bill through Parliament last week says he will insist on the amendment if the bill returns to the Senate, meaning the bill will be killed if the government won’t support the amendment.

An email from senator Rex Patrick to AIOFP executive director Peter Johnston, seen by ifa, said the senator will insist on the amendment if it is rejected by the House of Representatives, meaning the bill is likely to be sacrificed by the government as the House cannot force the Senate to vote on the bill in its original form.

"You need to apply that pressure because if the bill is rejected by the House and comes back to the Senate, I will ask the Senate to insist on the amendment."

"The Coalition government opposed the amendment, despite Minister Hume not being able to give any policy reason for doing so. However, it was supported by Labor, the Greens, and the crossbench, all of whom don’t want the exemption, which applies to many of Australia’s ‘rich listers’, to remain," Mr Patrick said.

Mr Patrick said that he was "fully supportive of [the advice] industry getting the extensions that it needs", but would not back down on forcing the government to address the loophole, to the extent that he proposed to hold up successive Treasury omnibus bills until his amendment was accepted.

Mr Patrick suggested the advice industry lobby government ministers to accept the amendment as the only possible option to save the bill.

Patrick confirms he won’t back down on FASEA bill 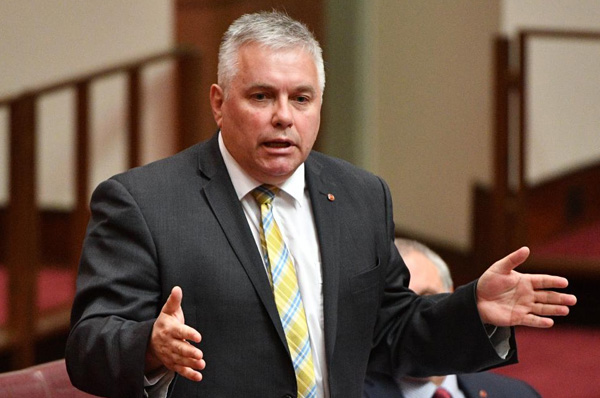