Big four to scramble for capital in coming years

Morningstar analysts have forecast that Australia’s major banks could each be in need of multibillion-dollar injections of capital in the years following the coronavirus crisis, as NAB has launched its $3.5 billion raise.

Despite predicting short-term earnings will fall by around 20 per cent for the big four, Morningstar has remained optimistic, expecting that the banks will bounce back in the long-term.

However, the analysts’ report has tipped all banks will materially reduce their dividends with payout ratios to average 50 per cent to 65 per cent over the next three years and it has moved its uncertainty ratings for the institutions from medium to high.

Morningstar has predicted that NAB, alongside ANZ and Westpac will each raise in the range of $3.5 billion to $4 billion of new equity in the next two years in its base case.

NAB and Westpac are expected to fall below the 10.5 per cent common equity tier 1 bench temporarily, to around 10.1 per cent.

Elevated loan loss provisions, large provisions for penalties, remediation costs and other one-off items are expected to hit hard at the same time.

Morningstar has forecast $750 million will be needed for potential AUSTRAC and ASIC penalties for NAB, with the bank embroiled in ongoing proceedings.

CBA however has gotten off lightly in comparison: with the report speculating a lower dividend payout ratio should be enough to see the bank meet its 10.5 per cent requirement.

In its bear-case scenario, the amount needed for ANZ, Westpac and NAB rises to around $5.5 billion each as loan impairment expenses approach its peak, as much as 1 per cent of loans in fiscal 2021.

For the last three years, impairment charges have been as low as 0.1 per cent of loans.

CBA again is the exception in the bear case with a forecast raise of $1 billion.

The predictions were made as NAB released its half-year results on Monday, slashing its dividend by almost two-thirds and cutting the pay of its executives by 20 per cent.

The bank copped a 1.2 per cent drop in core equity tier 1 capital, driven by an increase in risk weighting mainly linked to the business banking division.

AMP Capital has previously predicted investors could expect to see a further increase in raises as corporates attend to squeezes in working capital.

Australian equities portfolio manager Dermot Ryan stated NAB’s move is “another example of a company wanting to fortify capital in the face of economic uncertainty”, with capital preservation being key as revenues are under pressure.

“This, and other potential capital raisings and dividend cuts in the banking sector will be a big hit to SMSFs that are overexposed to banks and property in their superannuation portfolios,” Mr Dermot said.

“Retirees who have better diversified their holdings will see strong portfolio values and have lower drops to their equity distributions.

“[But] the resulting strong levels of capital will reduce the funding risks of our banks in offshore bond markets and should hopefully allow good access to credit for local businesses.”

But despite uncertainty being elevated, Morningstar has said Australian bank shares, at 40 per cent down since February, are undervalued.

“We believe the market is overly focused on near-term earnings,” Morningstar’s report stated.

“We expect major bank loan losses to normalise and for return on equity to average 10.5 per cent by fiscal 2023.”

Big four to scramble for capital in coming years 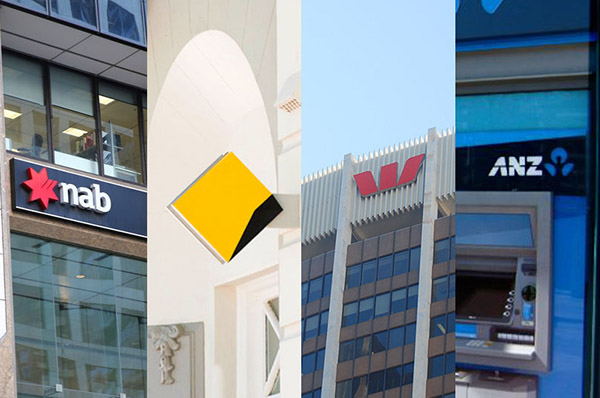