An investment adviser has called for industry super funds that are highly invested in illiquid assets to be forced to disclose their holdings more clearly to members, as more funds look likely to limit redemptions in the wake of the government’s new early super access scheme.

Stockspot chief executive Chris Brycki told ifa more disclosure was “urgently needed” in the industry super space so that fund members could make informed decisions about how their fund would fare in the wake of an extreme liquidity event like the evolving COVID-19 crisis.

“The level of secrecy and non-disclosure by public funds has always been unacceptable, but it has taken the current crisis to expose it,” Mr Brycki said.

“Whilst it is unrealistic to demand a daily revaluation of unlisted investment, the basis for their valuation should be disclosed, including any discount caused by factors causing illiquidity in that investment.

“Investors and their financial advisers will then be aware of the impact of significant market movements on these valuations.”

On Tuesday, Mr Brycki tweeted changes that had been made to the PDS of hospitality industry fund Hostplus between this week and last week, with section 5.17 of the statement that referred to switches between investment options being processed “on every national business day” being replaced with a new section that allowed the trustee to “suspend or restrict applications, redemptions and withdrawal requests”.

Research compiled by Mr Brycki last month showed Hostplus had a 38 per cent allocation to unlisted assets in its balanced fund, and an equities portfolio worth an estimated $16 billion, factoring in average market declines since the fund’s January equities portfolio valuations were disclosed.

With the majority of its 1.2 million members facing unemployment, Mr Brycki said it was likely listed holdings in the fund would be insufficient to meet maximum member redemptions of $20,000 each under the government’s early access scheme for those affected by COVID-19.

Further research released by Stockspot yesterday showed retail industry fund REST was likely to be in the same boat, with a 47 per cent allocation to unlisted assets in the fund’s Core strategy, 40 per cent allocated to shares and 13 per cent to bonds and cash. With retail workers also at risk of unemployment and the fund having reported $22 billion worth of shares in its portfolio at 29 February, this could also prove insufficient to fund member redemptions, Mr Brycki said.

Mr Brycki said it was “hard to know” the extent of liquidity issues for funds such as Hostplus at this stage, but warned at best the high allocations to unlisted assets could create unfair outcomes for members.

“If the unlisted investments have not been properly valued, members who transfer into cash or redeem their units at the current price potentially do so at the wrong value,” he said.

“The remaining members pay for this as well as suffering their own losses when the unlisted assets are finally revalued down or sold.”

He added that while it was “too early to know” if the crisis would put a longer-term dent in the positive reputation of industry funds, “perceptions around illiquid unlisted assets are likely to change dramatically”. 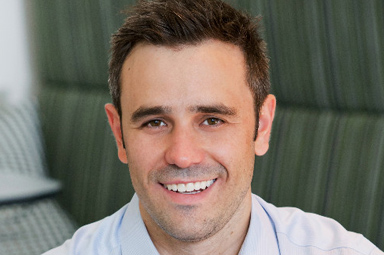