Evans Dixon has revealed it dropped a fifth of its staff during the first half year, as part of the troubled wealth group’s overhaul.

During the six months leading up to December, the troubled wealth group had conducted phase one of its operational review, which included the closure of its custody business, Dixon Projects Australia, and a wind down of funds in the US.

The reforms also made for cuts across staff with the group dropping 123 employees over the half and now holding a total headcount of 601.

This has followed on from an earlier squeeze of the business: in November, chief executive Peter Anderson told shareholders in the November annual meeting that the group had slashed its staff by 100 since April.

Evans Dixon reported with its first-half results the absence of the chopped staff’s fixed remuneration will save it approximately $12 million a year.

But the group has continued to invest in compliance, legal and professional development, with its spending up by $1.1 million for the half year compared with the prior corresponding period.

“We have installed a new and experienced management team to oversee this [transitioning] process,” Mr Anderson said.

“We have enhanced firm-wide governance structures and increased our investment in compliance and risk management. We have exited core businesses and are well progressed down the path of pivoting away from related party revenues.

“This has impacted our earnings but it is a necessary investment in the future. We have also reshaped the operating structure of the business leading to a significantly reduced but sustainable cost base.”

Operating expenses were down by 23 per cent year on year to $19.3 million for the half, yet staff expenses increased by 2 per cent to $62.8 million. The employee termination payments cost $1.7 million.

The group teams saw their staff reduced by 23 per cent to 121.

Evan Dixon’s net revenue was down by 7 per cent from the prior year to $102.9 million for the half, as the group implemented its operational review and saw a softer performance in its E&P and funds.

Underlying net profit after tax and amortisation was $8.8 million, reduced by 42 per cent.

Looking ahead, the group has indicated it will be commencing phase two of its operational review over the next 12 to 24 months, where growth initiatives will increasingly become its focus.

Evans Dixon has forecasted an underlying EBITDA for the full year in the range of $36-$39 million, compared with its FY19 EBITDA of $37.1 million ($44.5 million when adjusted for its new accounting standard).

“We expect a near-term softening in performance due to our strategic exit from non-core operations, including the deliberate wind down of Dixon Projects [and] the re-positioning of the funds management business,” Mr Anderson said.

The funds management segment is being geared towards a “higher quality earnings base”.

Evans Dixon has also hinted at further investments for its advice infrastructure in the wealth advice business, preparing itself for future regulatory changes.

The funds management business produced a net revenue of $31.2 million, 12 per cent down from the prior corresponding period.

While its recurring funds under management (FUM) revenues increased by 22 per cent to $22.8 million, the non-FUM based revenue was sliced by 57 per cent to $7.1 million. Performance fees contributed $1.3 million, improving on none in the prior corresponding period.

FUM was down by 3 per cent to $6.6 billion for the half, largely driven by strategic asset sales in the US property fund, URF, Evans Dixon reported.

There was a 22 per cent decline in underlying EBITDA to $7.9 million, with the rationalisation of the US operations.

The wealth advice segment’s revenue on the other hand stayed relatively flat, increasing by 1 per cent to $44.6 million. It remained the largest contributor to the group’s net revenue, at 44 per cent – while funds management gave 30 per cent and E&P 26 per cent.

Funds under advice, however, was on the up, ending the half on $21 billion, increasing by 17 per cent.

The E&P division generated a net revenue of $27.1 million, down by 13 per cent year on year.

Earnings per share were down by 43 per cent to 3.9 cents. The interim dividend was 2.5 cents per share, half of what it was a year before. 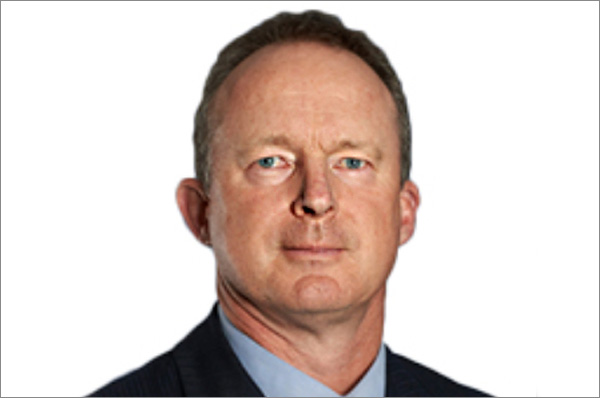