The AFA has opened its AFA Foundation Grants Program for its second year, offering association members the opportunity to nominate charities from their local area that would benefit from donations and are struggling to attract funding from other channels.

The AFA confirmed that last year’s grant recipients had been a variety of charities from across the country, including Tour de Cure, a NSW-based organisation that organises cycling events to raise money for cancer research; Queensland children’s disability support charity Best Life Foundation; Time for Kids, which provides mentoring and carers for disadvantaged children in South Australia; Wyong Neighbourhood Centre on the NSW Central Coast; and WA Child Safety Services.

AFA Foundation chair Olivia Sarah-Le Lacheur said the foundation was an important initiative allowing members to raise funds and make a tangible difference in the lives of their local communities.

“Via the Grants Program, we are making smaller donations to support local organisations with deductible gift recipient status that are making a significant difference in their communities,” she said.

“We are particularly pleased to be able to make some of our initial grants available to grass roots organisations in regional communities in Queensland, Western Australia and NSW.”

AFA chief executive Phil Kewin added that the small-scale donations offered by the AFA Foundation could have a real impact on local charities.

The grants program is open until 30 April and will offer grants between $2,000 and $5,000. Members can nominate a charity for the program by visiting the AFA website. 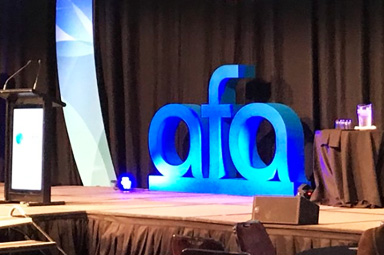