Super funds started the year in positive territory as momentum in local and international share markets carried through into the new year, according to the latest data from SuperRatings.

Despite the positive trend being quickly reversed following the outbreak of the coronavirus and the ensuing drawdown in markets, super fund returns held up remarkably well over a longer period, SuperRatings said.

Pensions have delivered even higher returns than accumulation products, with the median balanced pension option returning an estimated 15.4 per cent over the 12 months to the end of January, while the median growth pension option had an estimated return of 18.0 per cent. Over the past seven years each have returned 9.6 per cent and 10.8 per cent respectively.

“We expect to see volatility appear more frequently over the course of 2020, but overall our outlook for super funds is positive,” said SuperRatings executive director Kirby Rappell.

“Long-term returns will continue to hold up despite the challenging return environment we find ourselves in at present. Members should look forward to a solid 2020, but expect some bumpiness along the way.

“The funds we’ve spoken to are not responding to the current market situation with knee-jerk reactions. They’re watching developments closely, but so far market volatility has been in line with similar risk events experienced in recent years. Fund investment strategies are generally well placed to manage these types of movements.” 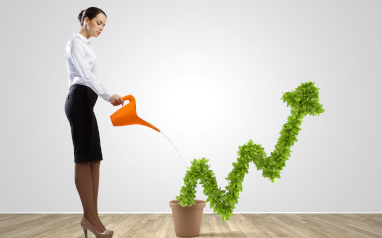