Dealer group Synchron has revealed a major re-organisation of its management by establishing four new senior positions while executive director Don Trapnell steps back from day-to-day involvement in the business.

Effective immediately, Ian Knight has been appointed general manager of operations, Synchron said in a statement.

Mr Knight has more than 15 years’ experience in the financial services industry, most recently as acting head of distribution for CommInsure. He has also managed CommInsure’s Victorian/Tasmanian retail sales team.

He has also worked for financial services companies such as Financial Wisdom, AXA and the Bank of Melbourne, where he was head of financial planning.

Ms Massey has been a practice development manager at Synchron since March 2018. Previously, she was a case manager for investments and advice for the now-defunct Financial Ombudsman Service as well as a national adviser solutions manager for Australian Unity.

Mr Trapnell said the appointments represent the next phase of its future management plans.

“In 2016, we recruited Michael Jones as head of compliance to allow Synchron director, John Prossor, to slowly step back from day-to-day involvement in the business and focus on his responsibilities as a Synchron executive director,” he said.

“After more than 20 years at the helm, I have great pleasure in handing over the daily operation of Synchron to Ian, which will allow me to do the same. I am confident that, supported by our senior management team, Ian and Michael have what it takes to successfully lead Synchron into the next decade.”

Including the vacant position, the creation of the new roles will see Synchron’s overall staff numbers rise to 49. 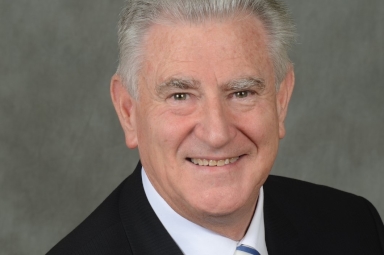