What happened when a customer rebuilt a wealth platform

EXCLUSIVE Powerwrap CEO Will Davidson reveals the restrictive nature of traditional wealth platforms and why people, systems and processes are far more important than technology.

The continued movement towards non-aligned advice is having a major influence on Australia’s wealth platform and product providers. While Netwealth and HUB24 are the leaders of the pack when it comes to the new generation of platforms not owned by major financial institutions, ASX-listed Powerwrap is carving out an enviable niche.

“Our big point of difference is taking everything a platform provider does and supercharging it,” Powerwrap CEO Will Davidson told ifa sister publication Investor Daily.

“We have $1.4 billion in alternative assets across 350 funds that we do the administration on. We act like a global custodian in that way. We have 400 domestic and international bonds. We do the clearing, execution, settlement and reporting.

“What we have built is what the Escala guys used to have at UBS. They had a global investment bank behind them and we have built out all of those capabilities, things like options trading, for example.”

This level of sophistication may seem excessive to some, but an expansive investment universe and finely tuned processes are what Powerwrap’s clients want. Mr Davidson knows because he was one of them for years during his time as the head of Aussie fund manager Bennelong Wealth Partners.

“I look at the service offering of every other platform. I was a user of Netwealth and a user of Powerwrap. Every platform in Australia just wants to offer a vanilla service to a retail financial planner. The average account size in those other platforms is $250,000. Ours is $1.9 million. The types of things wealthy clients want to invest in and the services they require are very different. We have private equity and hedge funds on our platform. We came in knowing that there was no high -net-worth platform solution in Australia,” he said.

Mr Davidson took the top job at Powerwrap two years ago. As a customer, he knew the service level needed improvement. But first he needed to build the right management team.

One of his first recruits was James Edmonds as chief operating officer, who has extensive investment banking experience including senior positions at Morgan Stanley and Deutsche Asset Management.

Netwealth alumni Bruce MacDougall came on as chief financial officer, and former marketing and distribution head at HUB24, Wes Gillett, rounded out the team as head of sales.

“When the business was set up in 2009, it was originally intended to be an investment banking solution for high-net-worth clients,” said Mr Davidson, who admits the platform lost its way a bit and tried to be “all things to all people”.

Under his leadership, the company is now firmly back to its origins and aiming to become the wealth platform of choice for Australia’s wealthy.

Mr Davidson knows that the biggest issue high-net-worth clients have is the restrictions on their ability to invest in different assets. Powerwrap is a HIN-based solution and wealthy, sophisticated clients have traditionally preferred holding assets directly in their own name. But the biggest thing is having access to more product.

“The second a platform provider says they can’t make an investment, the adviser has to do it manually. The adviser has to go out to the fund manager and get the pricing, get the tax return, the dividends and distributions, the tax allocation. It is a much harder proposition. The client’s accountant ends up receiving a dozen tax returns,” Mr Davidson said. “We do all that in-house. We have that ability.”

Powerwrap has 85 staff, the majority of whom hail from major investment banks like UBS, Credit Suisse and Morgan Stanley. For Mr Davidson, people and processes are far more important than technology when it comes to running a wealth platform.

“Systems and processes are the key. The technology bit is easy. But process around how to handle sophisticated investment products is where you get the quality service levels,” he said.

Powerwrap now manages $9 billion of assets and the CEO believes the company will become profitable within 12 months. He said the level of investment needed to make a wealth platform financially successful is significant and one of the reasons why the company raised $15 million via an IPO in May last year.

“Financial stability is the biggest barrier to new entrants. You need to get to about $10 billion before you break even,” he said. “It takes a few years. Netwealth has done it. HUB24 [has] done it. We will do it within 12 months.”

What happened when a customer rebuilt a wealth platform 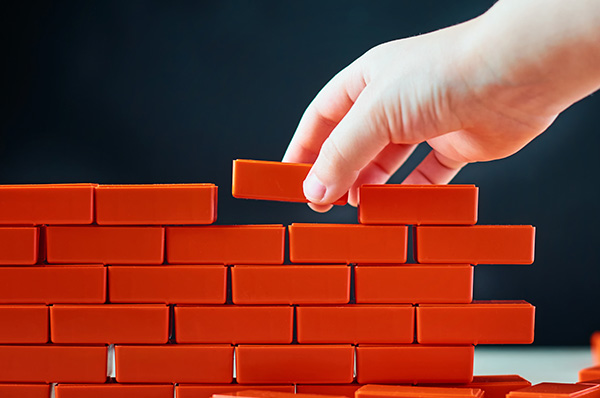