Economists have suggested that the ongoing Australian bushfires will detract 0.4 per cent from Australia’s GDP, reinforcing the likelihood of a cut to the cash rate in February.

The Australian bushfire season has now reportedly destroyed more than 7 million hectares of bushland since September 2019, claimed the lives of 25 people and caused countless damage to wildlife, livestock and communities.

According to UBS economist George Tharenou, it is likely that Aussies will see higher food prices, along with rising insurance premiums, which will headline inflation in the short term.

However, higher inflation is likely to be trimmed out by “core” measures used by the RBA.

“Overall, we think this makes a rate cut from the RBA in February more likely,” Mr Tharenou said.

“With the bushfires likely to contribute to a flow of weak economic data for the next several months, questioning the RBA’s ‘gentle turning point’ in the economy and resulting in a movement away from the achievement of the RBA’s full employment and inflation goals, the fires have only added to the pressure for more policy stimulus,” Dr Oliver said.

“We remain of the view that the RBA will cut the cash rate to 0.5 per cent in February (with the market probability now up to 53.4 per cent from a low of 36 per cent before Christmas) and to 0.25 per cent probably in March.”

Saxo Bank has also taken this view, with Australian markets strategist Eleanor Creagh expecting that the RBA will further decrease the rate once more in the coming year to 0.25 per cent.

“Raging bushfires, and a now resilient Aussie dollar lifting off support levels, will only add to the ongoing pressure on the RBA, particularly whilst the government continues to sit on the sidelines, leaving the heavy lifting to the central bank,” Ms Creagh said.

“The domestic outlook will continue to place downwards pressure on the currency’s recent rally and bond yields,” she concluded. 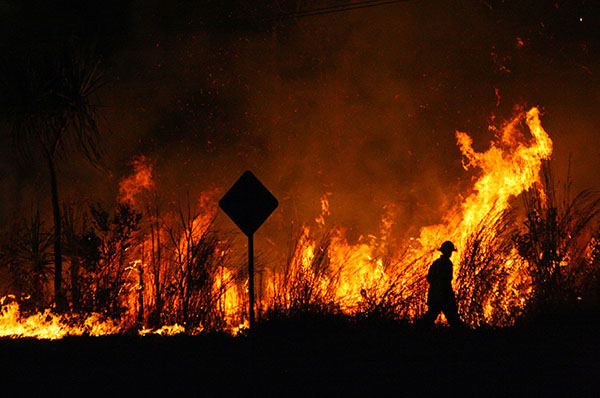