A former Brisbane financial adviser found guilty of fraud after a three-week trial has been sentenced to 12 years in prison.

Following an ASIC investigation and a three-week trial, former financial adviser Ben Jayaweera, of Mount Gravatt East, Queensland, has been found guilty of six charges of dishonestly causing detriment to clients, involving approximately $5.9 million. Jayaweera has been sentenced to 12 years imprisonment, with a minimum period of six years to be served before becoming eligible for parole.

ASIC alleged that between September 2013 to October 2015, Jayaweera, through his company Growth Plus Financial Group (in liquidation), induced various investors to transfer funds, including funds from their self-managed superannuation fund (SMSF), for investment into an unregistered managed investment scheme, known as the Australian Diversified Sector Income Fund (ADSIF). ASIC also alleged Jayaweera invested some clients’ superannuation funds into ADSIF without the clients’ knowledge or permission.

Jayaweera claimed ADSIF was a diversified fund investing in cash, property, shares, aquaculture and agriculture when, in fact, the only investment was a single project, an abalone farm in South Australia operated by entities under his control.

The abalone farm was subsequently wound up by receivers and the liquidators of Growth Plus advised there will be no returns available for ADSIF investors from Growth Plus.

In court today, Justice Richards stated: "It was a calculated and callous scheme of dishonesty."

In sentencing Jayaweera, she considered that the offending involved a high level of planning, sophistication and persistence, observing that the investors had been robbed of their retirement and Jayaweera had committed a gross breach of trust.

The jury found Jayaweera guilty of each of the six counts of dishonestly causing a detriment to various clients who invested approximately $5.9 million, which were directed to company bank accounts to make payments to the abalone farm and other third parties.

The matter was prosecuted by the Commonwealth Director of Public Prosecutions after a referral from ASIC.

ASIC’s investigation found that between September 2013 to October 2015, Jayaweera met with various clients based in Queensland. Jayaweera told his clients he would be able to provide them with an investment opportunity to build their wealth towards retirement.

In May 2018, Jayaweera was charged with the six counts of fraud involving approximately $5.9 million. ASIC also provided the liquidator of Growth Plus with funding from the Assetless Administration Fund (AAF) to prepare a supplementary report that was used to assist with the investigation. 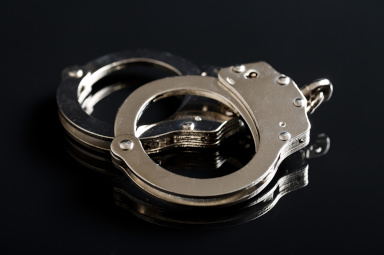