The Commonwealth Bank’s Dollarmites program has been slammed by one group as indoctrinating children into “customers for life” as ASIC invites public feedback on school banking schemes as part of a review on their use and impact.

School banking programs are schemes where a bank has a relationship with a school to offer deposit products to students.

The programs encourage children to establish bank accounts and make ongoing deposits into the accounts at school, with volunteers including parents and staff collecting, processing and banking the money on the behalf of students.

Around 60 per cent of Australian primary schools participate in banking programs, ASIC research has found, but the regulator has questioned the long-term effect on students’ finances.

“There is limited evidence among past students that school banking programs have a lasting impact on their saving behaviour,” a new ASIC report noted.

The corporate watchdog has also reported that school banking increases the chances of a participating student remaining with the authorised deposit taking institution that provided the program when they progress into adulthood.

However, non-participating students were also said to be likely to remain with the same ADI they banked with as a child.

As it is, ASIC does not directly regulate the programs, but it does police the deposit accounts involved.

The school banking volunteers, including staff and parents, are not required to hold an Australian financial services licence or be authorised by an AFS licensee.

The regulator is seeking to better understand how the programs are implemented, how they are marketed to school communities, the types of accounts established through the schemes while children are in school and in later years.

Community opinions from members of the public and organisations will help inform development of high-level principles on the implementation of school banking, ASIC said.

The review is expected to be complete early next year.

Jonathan Brown, CHOICE consumer advocate, said if CBA cared about education, the economy would be in a different state.

“ASIC’s new research shows that these bank marketing programs have little evidence they work – if Commonwealth Bank really cared about education we would have a whole generation of Australians feeling secure and financially sound. Instead we’ve got some of the highest household debt in the world.”

He added CHOICE had heard from disgruntled parents who were “fed up” with having their children being targeted.

“Commonwealth Bank [is] relying on nostalgia and memories of toys and cartoon characters to avoid scrutiny,” Mr Brown said.

“It’s vital that every Australian parent who is worried about corporations in our schools speaks up.”

ASIC commissioner Sean Hughes commented financial literacy is and needs to be embedded in the Australian curriculum with there being a long history of banking programs in schools.

“Young people are engaging with money every day and they need to understand financial concepts and develop the skills to identify financial services that are right for them,” Mr Hughes said.

“It is important for ASIC to understand the range and extent of impacts that school banking programs can have on students, parents and school communities, as part of our responsibility to ensure the financial sector is delivering for all Australians, and especially for future generations of future consumers.”

The regulator reported it has already consulted with a range of stakeholders including primary school principals, parents, present and past students and education and consumer advocacy groups, as well as the banks offering the programs. 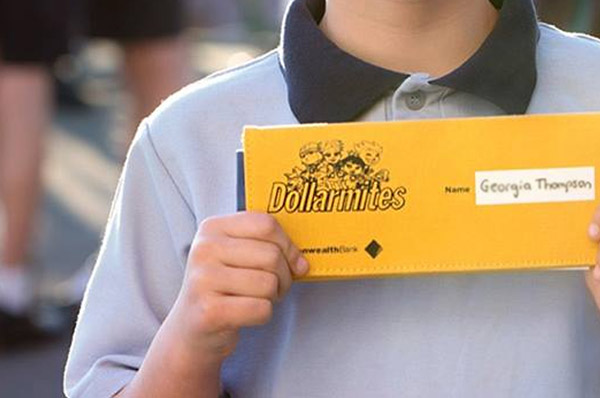