A survey has found that just over half (53 per cent) of Australian women have never seen a financial or investment adviser, while a majority (57 per cent) cited a lack of trust in the guidance they offer.

Two-thirds (66 per cent) of all women said revelations from the royal commission had affected their trust in the sector – with the respondents being more likely to trust their own online research above anyone else when they seek advice.

The survey saw 57 per cent of women list internet research as their most trusted source for advice and innovation, compared with 39 per cent who felt most at ease with their investment or financial planner.

Around 57 per cent of women have invested in shares at some point.

The report noted that 48 per cent of women said they had a lack of money to make it worthwhile, as a reason preventing them from seeing an adviser.

The figures for women seeking advice escalated when considering individuals under the age of 35, with a third reporting having ever seen an adviser, with around half (48 per cent) citing a lack of trust in the guidance given by professionals.

“A lack of money” was cited as the number one barrier to investing for 59 per cent of all respondents.

Other top reasons included fear of losing money (48 per cent), trust issues, lack of confidence (48 per cent) and knowledge (56 per cent).

The report also found almost half of women (44 per cent) believe they are socially discouraged from investing in stocks.

Around 37 per cent of women disagreed they would feel confident investing in shares if they had the money to do so and a further 17 per cent strongly disagreed.

More than half of women (53 per cent) reported they lacked confidence the savings they were accumulating or already have accumulated would be enough to support them leading up to and beyond retirement.

Looking at where women place their money, half of the survey respondents said they invest in a high interest savings account, while 60 per cent own their home.

Around 39 per cent reported making additional superannuation contributions while 38 per cent had invested in shares and 29 per cent had placed money into an investment property.

Currently, Australian women are retiring with around half (47 per cent) the superannuation of men, indicated by Rice Warner figures. They are also earning less – with the national average for full-time workers being 14.1 per cent less than their male counterparts.

Research by Fidelity earlier this year found the investment gender gap was costing women in retirement.

Despite this, most respondents in the Stockspot survey  did not lack financial ambitions: more than three-quarters stated they have “specific financial goals” they are looking to achieve or have already completed. 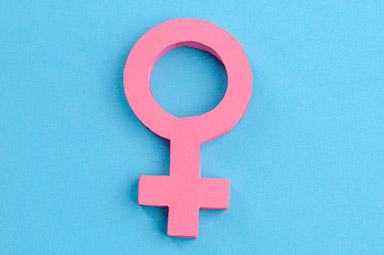