The leading women across the accounting, banking, insurance, financial advice, funds management, mortgage broking and superannuation industries have been crowned at the Women in Finance Awards in Sydney.

The third annual Women in Finance Awards, presented by Momentum Media in association with principal partner AMP Bank, saw more than 700 representatives from across the financial and professional services industries gather to celebrate the work of the women making a difference in accounting, banking, insurance, financial advice, funds management, mortgage broking and superannuation.

Hosted at The Star in Sydney and MC’d by journalist and TV presenter Shelly Horton on Thursday night (1 August), the cross-industry awards and networking event showcased the star performers working in finance as part of Momentum Media’s aim to help broaden the talent pool of financial and professional services.

The full list of winners of the Women in Finance Awards 2019 can be found here.

‘One part can’t move without the other’: AMP Bank CEO

AMP Bank CEO Sally Bruce congratulated all the winners of the Women in Finance Awards 2019, commenting: “We think the awards will provide significant gravitas for those that are successful.

“This is a fabulous addition to their resumes, to be recognised and celebrated on a national scale in a professional capacity.”

Ms Bruce added: “Supporting women means including everyone in this conversation about diversity. One part can’t move without the other. You need everyone to be celebrated and supported. Everything we do at AMP Bank focuses on both genders for that reason.

“We don’t talk about pay equity for women. We talk about same pay for same work. It’s not even a gender matter, it’s just what is appropriate.”

Noting that the bank has a rule in place that “significant meetings” (such as leadership team meetings, risk committee meetings, pricing and product committee meetings) cannot take place unless there is at least 30 per cent female representation and 30 per cent male representation in the room, Ms Bruce added: “You need diversity of thought to make great decisions. It’s not about trying to create a platform for just one party.”

Ms Bruce has also recently outlined her thoughts on why the finance industry should embrace flexibility.

Politicians voice their support for more women in finance

The leader of the Australian Labor Party, Anthony Albanese, also commented about the Women in Finance Awards on the night, stating: “An event like this is important because it gives everyone the opportunity to reflect on and applaud the achievements of women working in finance.

“I would argue its even bigger purpose is, ultimately, to encourage more women to enter the sector, strengthening it with their talents, their skills and their life perspectives.”

Mr Albanese said that there was “a way to go” to see more female representation in the finance industry, adding: “More women are needed. Neither a nation nor a workplace can reach its full potential, either economically or by any other measure, until it achieves a gender balance that reflects that of the society in which it exists.”

He concluded: “To the men in the sector who understand this and are doing all that’s necessary to make it possible, I say: Not before time.

“And to the women who are already part of the success story, I say: Thank you.” 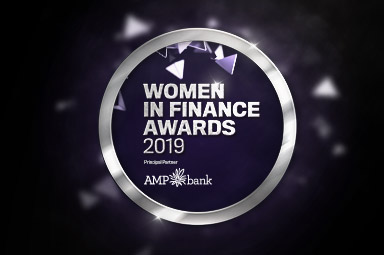 Leaders in financial services have the opportunity to widen their moats against upstart competitors. ...

The advice industry is currently in a budding phase but will “bloom in the next three to five years”, according to a new white paper. ...