Suicide and broken families: The true cost of advice reform

The seismic reforms disrupting the financial advice sector are having a devastating impact on the mental wellbeing of industry professionals.

This week I was informed by one industry leader that 16 financial advisers have taken their own lives so far this year. The pressure that advisers are under is real and the consequences can be devastating. Too often we forget that there are human beings with families that make up a profession like financial advice. While the government and regulators happily pursue a radical reform agenda, little thought is being given to the advisers who are being forced out of an industry they were part of building.

“Whilst the enormity of mental health consequences has rarely received a second thought by legislators as they vehemently imposed non-stop change on the advice sector since 2001 with the FSR Act, even less regard has been given to the impact on the partners and children of financial planners,” Property Funds Management Australia CEO Barry Daniels said.

“There are very few industries, if any, that can compare to the advice sector for the intensity of industry scrutiny, reform, change and compliance demands.”

The Melbourne-based planner believes FOFA, escalating education requirements and plummeting values of businesses after a lifetime of endeavour have been the final straw that has shattered the lives of dedicated practitioner, both mentally and financially.

“Like so many SMEs, most planners began their self-employed journey as a ‘start-up’ and after years of perseverance established successful commercial enterprises. They built an asset that would ultimately fund retirement by sale or BoLR arrangement as a benefit of long-term loyalty,” Mr Daniels said.

“In order to achieve this, the spouse was critical as sole parent, partner, ‘family rock’ and peacemaker as the planner husband or wife spent so many long hours servicing the complex financial advice needs of clients.

“In addition, the partners were often called on to act as the business receptionist, accountant, bookkeeper and general administrative support. This is often an immense role that is regrettably going unrecognised by legislators in their zeal to achieve industry reform.”

The government will today introduce legislation to outlaw grandfathered commissions, an important revenue stream that many financial advisers have relied on to support their business and continue to service clients.

In the June quarter alone, 1,750 advisers left the industry, leaving just 25,470 advisers across Australia. This equates to a 6.4 per cent decline in total adviser numbers for the quarter and is in line with the continuing fragmentation of the industry.

If this story has raised any emotional or psychological issues for you, you can utilise the below resources:

Suicide and broken families: The true cost of advice reform 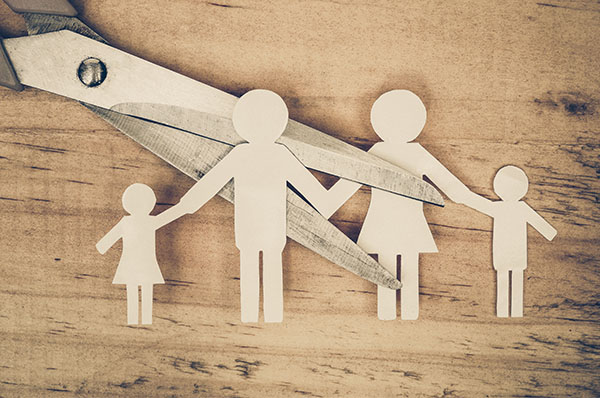