Following a nationwide search, the Financial Complaints Authority has promoted Dr June Smith to the role of deputy chief ombudsman.

Dr Smith has previously been AFCA’s lead ombudsman investments, advice, superannuation and life insurance, and prior to that role was chief executive of the code compliance monitoring committee for the code of banking practice.

AFCA chief executive and chief ombudsman David Locke announced the appointment and said that Dr Smith had a proven record in the sector.

“June is well recognised for her work developing codes of practice to improve customer outcomes, along with her efforts in promoting professional standards and business ethics in the financial advice industry,” he said.

Dr Smith said she was excited for the challenges and one of her first projects would be to oversee the AFCA Fairness Project.

“Work has already commenced on a new Fairness Project to investigate how we can ensure AFCA decisions are made fairly and to identify a framework for confirming that complaints are consistently resolved in a way that is fair, efficient, timely and independent,” she said.

“Evelyn is a proactive and customer focused leader and will ensure AFCA continues to deliver justice for consumers and increase transparency in the banking and finance sector,” said Mr Locke.

Since launching the authority has already received over 35,000 complaints within the first six months and has already resolved 60 per cent of them, collecting more than $83 million for consumers and small business.

The majority of the complaints were against banking and financial services (61 per cent), with 67 per cent of those being against the big four banks.

The body anticipates it will get 80,000 complaints within the first year, which is more than it initially anticipated. 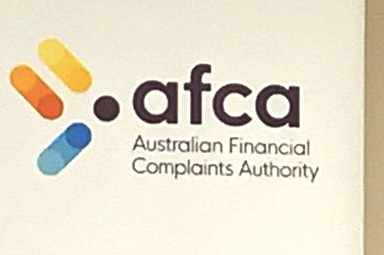