HUB24 posted funds under administration of $12.9 million for the June quarter, a rise of 54.3 per cent year-on-year.

The platform saw net inflows of $979 million for the three months, up 32.4 per cent on the prior corresponding period, with gross inflows of $1.5 billion. HUB24’s annual net inflows came to $3.9 billion, increasing by 60.6 per cent.

The number of advisers using the platform grew to 1,625 during the quarter, up 32.4 per cent on the year before. Around 91 new advisers began using HUB24 and 24 new licensee agreements were signed during the period.

HUB24 had secured new agreements with national advice groups Madison Financial Group, a network with 100 advisers, and Centrepoint Alliance, which has more than 350 advisers.

The company has also signed a provision agreement with what it said is one of Australia’s largest wealth management and stockbroking networks, which it says will be made public in the coming weeks.

The group had previously increased its platform market share from 0.9 per cent to 1.3 per cent in the 12 months leading up to March.

It had also launched Challenger Annuities on the platform during the June quarter, along with the live release of ConnectHUB, a data aggregation feature.

HUB24 said the functionality would be a “market differentiator for advisers and their clients transitioning to HUB24”.

The platform added 21 new portfolios during the quarter, six of which were tailored for specific advice groups. It also completed the development of its foreign currency capability for managed portfolios, aiming to give better access to overseas markets.

HUB24 had already seen significant growth in the first half of 2019, posting net inflows of $2.1 billion, almost double (95 per cent increase), from 1H18.

The group’s EBITDA for the half-year came to $6.5 million, a 32 per cent increase from the prior corresponding period, while its underlying net profit after tax grew by 46 per cent to $3.1 million. 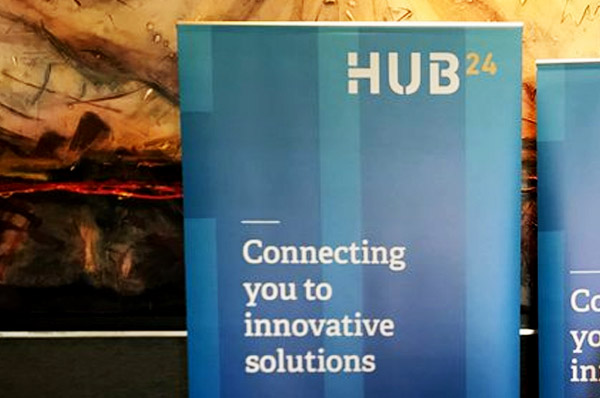