IOOF has appointed a permanent chief executive following the resignation of Chris Kelaher back in April after 10 years in the role.

According to a statement to the ASX, IOOF said the appointment of Renato Mota as chief executive is effective immediately.

Mr Mota had been in the role of acting chief executive since December 2018 and prior to that was the group general manager of wealth management since January 2016. In addition, he joins the IOOF board as managing director.

The performance period for the LTI is four years from the date of grant, with grant eligibility and vesting determined by a number of financial and non-financial metrics, IOOF said.

Further, Mr Mota will be eligible to participate in IOOF’s future LTI arrangements on terms decided by the board and subject to shareholder approval.

IOOF chairman Allan Griffiths said Mr Mota has a track record over a number of years in leading IOOF through a series of forward thinking, strategic initiatives.

“These include the development of our advice-led strategy, the introduction of our Client First transformation, which began in 2015, and establishing our Advice Academy from 2016, a goals-based coaching and business management program for financial advisers to help improve the quality of financial advice,” Mr Griffiths said.

“Renato’s mandate will be to continue the change program he commenced as acting CEO, to re-shape our business and adapt our culture and capability to suit the evolving wealth management environment.”

Responding to his appointment, Mr Mota said IOOF is already making significant progress in uplifting its governance and restoring trust.

“To accelerate this, I have commenced a review of IOOF’s senior management to ensure it is culturally aligned and has the capabilities that reflect our higher organisational ambitions and expectations,” he said.

“While extending the scope of our change program, we remain focused on maintaining the strong momentum of the business and continuing our track-record of delivering strong, sustainable financial performance.”

IOOF has also announced Andrew Bloore as an independent non-executive director, beginning the role on 2 September.

Mr Bloore was previously the chief executive and founder of SuperIQ, an automated online administrator of self-managed super funds.

“Andrew will be a valuable addition to our board and we’re looking forward to his wider contribution to the group.”

Shareholders will be asked to consider Mr Bloore’s appointment at IOOF’s annual general meeting in November.

IOOF said it aims to appoint a further non-executive director in the near future. 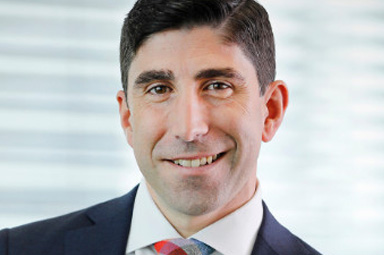