This is your last chance to submit your entry to the 2019 ifa Excellence Awards as submissions close on Friday.

Advisers from across the industry are invited to submit, with awards for Newcomer of the Year also celebrating those that are the future for the ifa industry.

Leaders are also recognised in a variety of awards from Dealer Group Executive of the Year for 39 or less offices right through to Industry Thought Leader of the Year.

Past winners include Zuraida Ariffin, Robert Rich and Will Hamilton, alongside groups like VISIS Private Wealth, Map My Plan and Hard Line Wealth.

“Given the tumultuous 12 months we’ve had, the 2019 Excellence Awards event goes far beyond simply honouring the best financial planning professionals in each category. It is a night to come together and celebrate the collective spirit of the Australian financial advice sector – a profession that strives to be a guiding light in the lives of its customers,” said editor of ifa James Mitchell.

Submissions close on Friday, 28 June and can be made here. 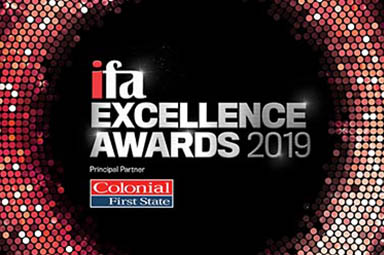