Shaw and Partners to acquire advice firm with $650m FUA

Wealth management firm Shaw and Partners has announced it will acquire a Western Australia-based financial planning firm with around $650 million in funds under advice.

In seeking to acquire DJ Carmichael, Shaw and Partners also confirmed that it is in the final stages of signing a new lease for 600 square metres of office space, where staff from both its existing WA arm will work alongside incoming advisers and other employees.

The new office will also have an added local research and corporate advisory capacity.

The acquisition comes off the back of Swiss private bank EFG International buying Shaw and Partners in March, having gained 51 per cent of its issued shares for $61.2 million.

Under the new sale, DJ Carmichael will be rebranded to Shaw and Partners and its current chief executive, Davide Bosio, will take on the role of Western Australia state manager and director of corporate finance.

DJ Carmichael has operated in Perth for more than 120 years, having approximately $650 million in funds under advice.

“Securing critical mass in Western Australia will allow us to accelerate our presence, broaden our reach and allow more clients to access Shaw and Partners’ investment capabilities and intellectual capital,” Mr Evans said.

“We are eager to integrate the DJ Carmichael team into our existing Perth infrastructure. We have had an office in Perth for six plus years and it’s now timely that we focus on expanding it by blending the two operations and adding a local research and corporate advisory capability into the business.”

Mr Bosio said the deal would benefit his firm’s clients and staff with greater distribution and research nationally.

“We also have an ability to offer one of the strongest wealth management platforms in Australia at a time when the largest financial services firms are turning their backs on clients and many skilled advisers who have provided solid advice over the years,” Mr Bosio said.

The transaction is expected to be complete by the end of August.

Shaw and Partners to acquire advice firm with $650m FUA 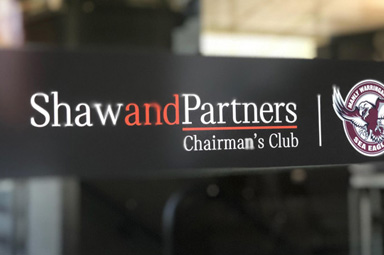