Individuals from across the finance sector have been awarded Order of Australia Medals in the Queen’s Birthday 2019 honours list, including a financial adviser, RBA board members, and a past minister for finance.

In financial advice, Walsh Bay Partners chairman and ipac securities founder Arun Abey was appointed for his service to the financial planning sector, and to the community.

Notably, multiple female finance veterans named were awarded for their support of women.

Carol Schwartz, non-executive director of the Reserve Bank of Australia, received another accolade for her service to the community as a supporter of women in leadership roles, to social justice advocacy and to business.

Former RBA board member and current Djerriwarrh Investments executive director Kathryn Fagg was also awarded for her service to women, as well as the business, finance and central banking sectors, in addition to logistics and manufacturing.

Richmond football club president Peggy O’Neal gained an OAM for her service to Australian rules football, to superannuation and finance law, and to the advancement of women in leadership roles.

Currently, Ms O’Neal is a consultant at law firm Lander & Rogers. She is the first female AFL president to lock down the award.

Helen Hewett, founder of mental health advocacy group SuperFriend, was acknowledged for service to the superannuation industry, to mental health and to women.

Ms Hewett was executive officer of the Industry Funds Forum when she advocated for the establishment of an industry response to suicide prevention and the impacts of mental illness on members. She has also served as CEO of Cbus, the industry super fund for building, construction and allied industries.

The list included former minister for finance and administration and current Australian Consul-General in New York Nicholas Minchin for his work in Parliament, particularly in the industry and finance portfolios, and his service to the people of South Australia.

Monash University and University of Melbourne professor of finance Kevin Davis was named for his contributions to higher education, particularly in financial systems. He is also a research director of the Australian Centre for Financial Studies.

Flagship Investments managing director Dr Emmanuel Pohl was awarded a medal for his service to the finance sector and to the community.

Managing director of the Finance Brokers Association of Australia Peter White also secured an accolade, being named for significant service to the finance sector and to the community.

Finally, William Apple gained a title for his service to the superannuation sector and to trade unions. 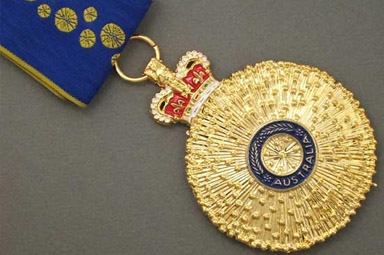