Advisers to lose out if they don’t offer ESG investing

Financial advisers are feeling that they will lose out and lose clients if they don’t start talking about ESG, according to one associate director.

Associate director of Sustainalytics Kate Turner made the comments at Morningstar’s annual investor conference, saying that while there were different drivers advisers were feeling the necessity of ESG investing.

“If I speak to my counterparts in the US they're telling me that financial advisers there feel that they're losing out and they will start losing clients if they don't start talking about ESG,” she said.

Sustainalytics is a global provider of ESG and corporate governance research and Ms Turner said it was finding that the US and Europe were driving ESG investing.

“When it comes to the US, the key driver there is the drive to compete with the rogue advice market as well as the fact that there's a transfer happening now to the Millennials and see this as a way to engage the Millennials,” she said.

“The case in Europe is definitely quite a different story as it’s driven by legislation, which will require financial advisers to proactively seek out the sustainability interest of their clients and then make some recommendations influencing those values and interest.”

ESG used to be more about avoiding harm through exclusion of companies, said Ms Turner, but new data from the Responsible Investment Association Australasia showed that attitude was changing.

“Forty-three per cent of investors believe that they as much should be doing both good and avoiding harm. I think it's very much the case of the younger generation, there is more focus on doing good and less focus on avoiding harm,” she said.

“Traditionally it's been a playground of ethical advisers as opposed to mainstream advisers, although I do think that that is starting to change as consumer demand rises,” she said.

Ideally, Ms Turner said, her job would be redundant as everyone utilises ESG in their mainstream default funds and Australia was starting to see that.

“I think a lot of that engagement is still coming from the institutional space from, as we mentioned, some of the big super funds, they're doing this really, really well and it's quite integrating in the way that they're doing it. I think the retail side has a long way to go, it has some catching up,” she said.

Advisers to lose out if they don’t offer ESG investing 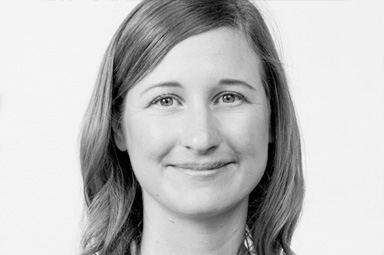