Sixteen financial institutions have thrown their support behind Indigenous constitutional reform a month after 18 law firms signed allegiance to the Uluru Statement from the Heart.

The Uluru statement, released in May 2017, is a national Indigenous consensus on constitutional reform, calling for representation through the establishment of a ‘First Nations Voice’.

Chief executives and chairs of finance firms signed an open letter in support of the statement, calling it a “historic mandate for substantive constitutional change and structural reform”. The joint pledge has occurred on the second anniversary of the statement’s creation.

“We believe supporting the statement and rightfully acknowledging the first sovereign Nations of Australia is an important step in our country’s journey towards reconciliation,” Andrew Fraser, chair, Sunsuper said.

“At Sunsuper, we’re implementing a range of internal initiatives to ensure that, as an organisation, we’re honouring and respecting Aboriginal and Torres Strait Islander people, many of whom are our members.”

The Uluru statement was drafted at the end of a three-day convention of 250 Aboriginal and Torres Strait Islander delegates. It was a culmination of 13 regional dialogues held around Australia during a year-long consultation process.

The joint pledge from the financial institutions reads:

“Thank you for the Uluru Statement From The Heart.

“We recognise the Uluru Statement as a historic mandate for substantive constitutional change and structural reform.

“We hear and support your call for the establishment of a First Nations Voice enshrined in the constitution and for a referendum to achieve this as a national priority.

“We hear and support your call for a Makarrata commission to supervise a process of agreement-making between governments and First Nations, and truth-telling about our history.

“We share your vision that these reforms will empower your people to take a rightful place in your own country.

“In embracing this vision, we look forward to achieving a fuller expression of Australia’s nationhood.

“We accept your profoundly generous invitation with open hearts.

“We encourage others to join us as we walk side-by-side with you in a movement of the Australian people for a better future.”

Sunsuper has also signed up to the First Nations Foundation’s 2019 Big Super Day Out, which provides free superannuation help and support to First Nations people. 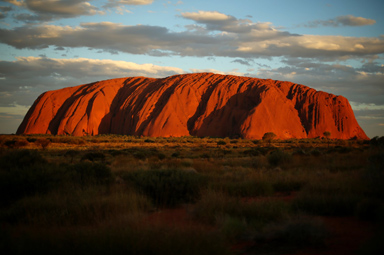 Last Updated: 28 May 2019 Published: 28 May 2019
news
2 commentsjoin the conversation
news
AIOFP ‘appalled’ by ANZ shut down of adviser revenue
In-house advisers sought by accountants on SMSFs