Firstly, congratulations on your historic election win. I don’t think even you expected to win by such a large margin – the bookies and pollsters certainly got it wrong.

Now that you have triumphed, you have a unique opportunity to review all sides of the big issues and implement policy as you see fit. With that in mind, I thought it was an opportune time to write to you on behalf of the Australian financial advice fraternity about some key points that we desperately need some policy leadership on: the poorly implemented FASEA regime and commission structures, particularly issues arising from the Life Insurance Framework (LIF).

Respectfully, it seems recently that legislation was often drafted to win votes rather than in the best interests of the country. What I mean is that many reforms to our industry over the past 10 years sound great as headlines (e.g. abolish commissions and raise education standards), but when you delve into the detail they generally lead to much higher costs for very little benefit. With the election over, this now needs to change. In the wake of the banking royal commission, there is definitely an appetite for reform of the financial advice industry. And rightly so.

However, many of these reforms will dramatically reduce the accessibility to advice, thereby exacerbating the problem that less than 20 per cent of Australians receive financial advice as well as the $2 trillion underinsurance problem. Abolishing all commissions and FASEA will result in an industry where financial advice is only available to the very wealthiest Australians, provided by highly paid professionals with lots of letters next to their names. How can anyone say that this is in the public interest?

In my view, the FASEA regime, which requires experienced advisers to go back to school to tick off regulatory boxes, has not been well thought through. It may sound intuitive to people outside of the industry but to practitioners, it is major overkill, ultimately to the detriment of the Australian public.

To expect that a 25-year-old with a financial planning degree and a year of experience can provide better client outcomes than an educated 50-year-old adviser with a solid track record, no degree but with 25 years of experience and continuing professional development is simply ludicrous.

Requiring experienced advisers to go back to school will lead to a mass exodus of quality advisers, creating a major problem of under-advised and ‘orphaned’ clients as these veteran advisers who don’t meet the FASEA guidelines are forced out of the industry. Having said that, I think most advisers support having higher education barriers for new advisers. As a compromise, why not ‘grandfather’ the FASEA regime so it only applies to younger advisers entering the industry?

There needs to be better concessions for our senior advisers.

In an industry that is constantly changing, CPD is more valuable to its practitioners anyway. In fact, often the rules that course work is based on have changed by the time the assessment is marked, particularly in the case of superannuation.

Many experienced advisers feel incredibly demoralised and insulted at the notion that they will only be good enough to service their clients if they complete a graduate diploma after all their years of experience and service.

There is no doubt that the costs of becoming FASEA compliant will eventually be passed on to clients, further reducing the number of Australians receiving financial advice.

To boot, the government is also looking to remove roughly 33 per cent of the industry’s income, estimated to be around $1.7 billion by IBIS and Adviser Ratings, by abolishing grandfathered trailing commissions. This is against legal advice received by government back in 2012 that said this was unconstitutional.

Trails are a funding mechanism that allows clients to obtain financial advice with little payment upfront. I’ll leave it to you to determine whether you think it’s reasonable for a business operator to provide a service without adequate initial compensation upfront only to have their funding mechanism cut off by government down the track.

How can an industry have confidence in a government that behaves like this? There is no evidence of any scandals involving large numbers of consumers getting hurt by trailing commissions. The fee-for-no-service scandal highlighted by the royal commission was to do with fees being charged without the provision of services. This had absolutely nothing to do with grandfathered commissions, however, the two issues are often confused with each other.

I am told that legal advice sought by industry bodies looking to mount a High Court challenge was that there was little doubt that what is being proposed by government is completely unconstitutional and unprecedented. Nor could the lawyers believe how accommodating the industry was about it. I wonder how it would look for a government in one of the greatest democracies in the world to be found to have legislated something that violates the constitution. I urge you to take a look at it.

Another key pain point for many financial advisers is the Life Insurance Framework. Hayne’s report was clear that commissions should “ultimately be reduced to zero”. But this fails to recognise that the current system of commissions, as with those on investment products, plays a valuable role as a funding mechanism for people who cannot otherwise afford advice.

The Liberal government has done well and showed great leadership to recognise this within the mortgage broking industry. I would argue that the reasoning applied to mortgage broking should be used to argue why life insurance commissions are crucial to ensuring consumers have access to this advice through an affordable funding mechanism. This is particularly important in a country that is critically underinsured. Not only does underinsurance leave people vulnerable but it puts an incredible strain on the welfare system.

The overseas experience has shown us that expecting clients to pay out-of-pocket for life insurance advice doesn’t work. It’s hard enough to get consumers to pay for insurance, let alone paying for advice and then the insurance on top of that if they qualify.

Should upfront insurance commissions be reduced further, the fees that advisers will need to charge to cover their costs will be considerable, further alienating consumers and increasing the rate of underinsurance. Consumers will buy more and more inferior insurance products direct from insurers because they will not be able to access advice from advisers trying to keep the insurers honest.

So, ScoMo, again, congratulations. Let’s please try to evaluate all the issues at play so more Australians can secure their financial futures and say, “how good is financial planning?” 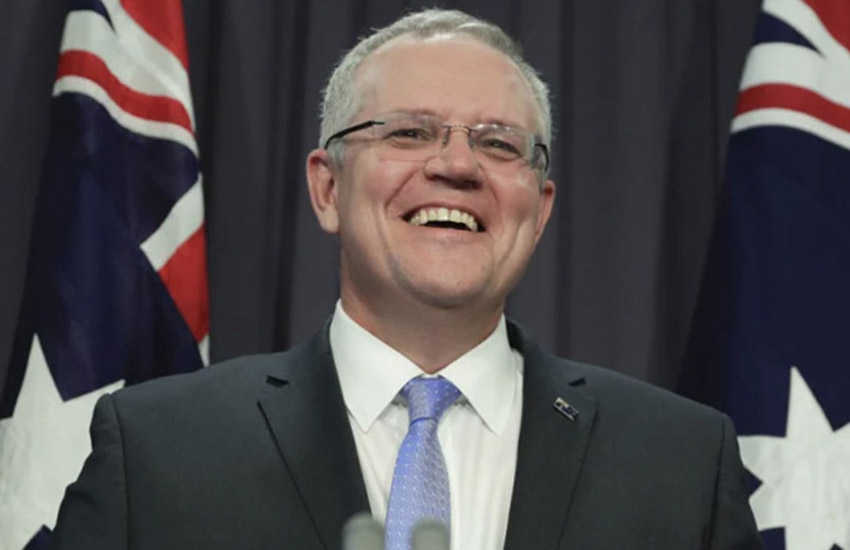