Yellow Brick Road has decided to begin a process of either disposing of, outsourcing or restructuring its wealth business functions under a separate AFSL.

In a statement to the ASX, YBR executive chairman Mark Bouris said YBR franchisees will still be able to distribute wealth products and give wealth advice to their existing and future clients but will be done under a separate AFSL with one or more third parties.

He said this will result in a headcount reduction to the overall business, with a clear objective of significantly reducing the cost to income ratio of the business.

“Going forward, the cost of maintaining YBR’s AFSL and associated compliance functions and liabilities would then no longer be borne by the YBR Group,” Mr Bouris said.

“The restructure of the wealth business is expected to significantly reduce our cost base, allowing us to run a leaner and more cost-effective organisation.”

Mr Bouris said he would oversee the transition of YBR to its “new streamlined business structure”.

In addition, Frank Ganis would step down as group chief executive to a part-time role where he will consult to the group on a number of initiatives, including building its securitisation program and funding partnerships, growing its brands, continuing operational and customer service improvements and industry advocacy. 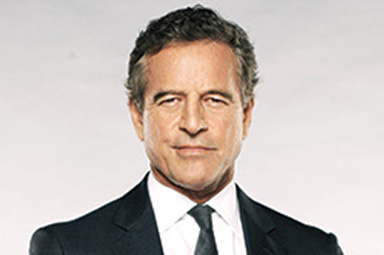