A Perth-based financial adviser is on the campaign trail in her native state in an effort to educate voters about the dangers of Labor’s proposed negative gearing, tax and franking credit changes.

For the fourth year running, Certified Financial Planner Julie Matheson is in the run for the Senate, representing WA via the party she established in 2016 – the Western Australia Party.

This year the party has managed to field candidates in almost every seat in the state and put together 20 candidates for this year’s federal election.

“With 15 candidates out of 16 seats in the House of Representatives and five in the Senate, the support for the party is being hailed as sensational,” Ms Matheson said.

“For too long candidates for the major parties have been representing their eastern states masters, and not the best interests of their electorate,” she said. “Why would anyone living in Western Australia want to vote for a party that’s head office operates out of Queensland, NSW, Victoria or South Australia?”

The party leader and senate candidate said the Western Australia Party is strongly opposed to Labor’s proposal to tax all distribution from family trusts to persons over 18 at 30 per cent.

“Currently, distributions to family trusts are taxed at the normal income tax rate of the beneficiary,” Ms Matheson said.

“Trusts are an important vehicle for many investors and small businesses. However, there are many types of trusts, trusts that can serve similar functions to the family trust. And it would not be practical or sensible to apply the 30 per cent distribution tax rules to all trusts as it would compromise their functions.”

The party also argues that Australian small business and ASX-listed companies will be worse off under Labor's policy to abolish franking credit refunds to Australian shareholders.

“Most investors receive their refunds in December each year, ready to spend at Christmas time. Labor proposes specifically to abolish the refund of excess franking credits. The only way to have excess franking credits is to have a low income. Therefore, the only possible targets are low-income earners,” Ms Matheson said.

According to a Deloitte Access Economics report, in 2017, 37 per cent of Australian adults (6.9 million people) owned Australian shares. This does not include family trusts, superannuation funds or pension funds.

“To assume that all tax paid by companies is refunded as franking credits is a misleading statement. When a company makes a profit, it is taxed at a flat rate of 30 per cent and pays tax to the ATO. The company can choose to pay a dividend or not to its shareholders in any year. Not all profits are paid to shareholders,” Ms Matheson said.

“It's a matter of fairness to investors. Why should one type of investor receive profits from their investment untaxed and another investor taxed at source?

“Labor’s policy to abolish franking credit refunds to shareholders is flawed and detrimental to Australian small business, investors and the local economy.”

The Senate candidate and Perth-based financial planner also took issue with Labor’s controversial proposal to change negative gearing tax structures, pointing to the last time the policy was abolished in 1985 to illustrate the market reaction.

“The abolition was followed by a drop in property investment, reduction in rental stock and an increase in rents. The change was reversed just two years later,” Ms Matheson said.

She believes Labor’s negative gearing policy is more likely to “lure unsophisticated investors into investments based on tax incentives” rather than the merits of the asset, and as such, possibly into financial trouble.

“Our industry needs politicians in the Senate who truly understand what advisers are about and can correct the many misconceptions we have endured,” AIOFP executive director Peter Johnston said.

“Julie Matheson has been an adviser for over 20 years and is passionate about making a better industry for both consumers and advisers.” 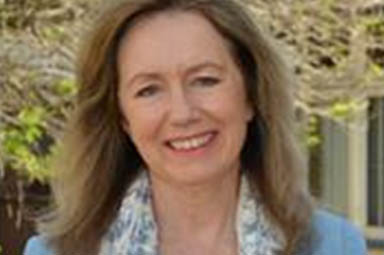