Election a contrast in two policy areas for advisers

The federal election provides a stark choice between the two major parties for financial advisers when it comes to two significant policy areas, says one advice software firm.

The policies of the Australian Labor Party and the Coalition paint a clear picture of what planners can expect under their prospective governments, according to wealthdigital technical manager Rob Lavery.

In particular, he said the superannuation policies the two major parties are taking to this election reflect long ideological trends each has held.

“Historically, the Coalition has tended to focus on expanding the availability superannuation’s tax concessions. Coalition led governments have introduced multiple increases in the maximum age of contribution, the introduction of SMSFs, reductions in work tests and increases in contribution caps,” Mr Lavery said.

“This trend continues with the Coalition promising reduced work-test requirements and an increase to the maximum age for spouse contributions.”

“The ALP are doubling down on this approach in the 2019 election, announcing policies to strengthen SG coverage and roll back amendments that introduced catch-up concessional contributions and made personal deductible contributions widely available,” he said.

Mr Lavery noted taxation as the other policy area where there is a major point of difference between the major parties.

From the Coalition’s larger suite of future tax cuts, to the ALP’s policies that tax those with investable assets, Mr Lavery said Australian voters are having two very distinct taxation ideologies presented to them.

“The ALP’s signature tax policies in this election focus on removing tax minimisation strategies for those with investible assets. The removal of imputation credit refunds, the reduction in the CGT discount and the application of a minimum tax rate to discretionary trust distributions will only impact those with the requisite income and investments to have shares, CGT assets and income-splitting trusts,” Mr Lavery said.

“While the Coalition appears to want to flatten the current progressive tax rates, the ALP plans to collect more tax from those with greater assets.”

Ultimately, Mr Lavery believes that these policies demonstrate the themes the two prospective governments would take into their policy-making over the next term of government.

“The ALP has shown the values it would champion should it lead the next government. Its policies promote the interests of those on lower incomes at the expense of the wealthier. By contrast, the Coalition’s policies in these areas seem to follow the status quo and will increase the utility of super incrementally,” Mr Lavery said.

“The unknown factor is the role that small parties and independents will play in shaping, passing or rejecting the policies of the victorious party.

“A minority government is not beyond the realms of possibility, and that the Senate will be controlled by crossbenchers seems probable. The next government may need to compromise to get its most valued policies through the legislative process.”

Election a contrast in two policy areas for advisers 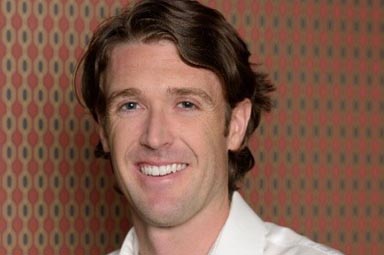