Sydney house prices have experienced their greatest fall in 20 years as the national downward trend continued in the March quarter.

The Domain House Price Report for the March quarter has found Melbourne is also on the cusp of a major slump.

Domain senior research analyst Dr Nicola Powell said that Sydney’s downturn was the sharpest it had experienced in more than two decades.

“It is yet to surpass the duration of the 2004-06 slump but it is coming close to being the longest,” she said.

“If the pace of quarterly decline remains, prices are likely to dip below $1 million in the coming quarter. A six-figure median house price has not been recorded in four years.”

Dr Powell said a change to monetary policy by the Reserve Bank of Australia could give a sugar hit to the Sydney housing market.

“Inflation has virtually disappeared, providing a heightened prospect of a rate cut from the Reserve Bank,” she said.

“Even if the cut is not passed in full to consumers, the cost of debt will be lower – a likely spark for market activity.

“It is doubtful, though, that the stimulus will have as much effect as previous rate cuts, considering the assessment benchmark for a borrower’s capacity to service a home loan sits higher than current mortgage rates.”

“It is important to remember the fundamentals to support future price growth remain,” she added.

“Melbourne has a strong economy, a growing jobs market and low unemployment, robust population growth (weaker than recent highs), and is one of the fastest growing cities in the developed world.”

Melbourne house price declines eased, falling 2.4 per cent in the most recent quarter, and 10.4 per cent for the year to $809,468, while its units have held firmer, seeing shorter and less severe house price falls.

In Canberra, unit prices have fallen 3.2 per cent during the quarter and its housing market has shown the first signs of weakness since 2012, although Dr Powell remains more optimistic for the nation’s capital than for Sydney and Melbourne.

“Any pullback in house prices tend to be short and relatively minor, apart from the 1995-97 downturn,” she said.

“Current market conditions are likely to be the same, a short period of softening rather than the correction currently unravelling in Sydney and Melbourne.”

Despite other cities experiencing the house price drop, Hobart and Adelaide recorded growth in the first quarter.

Hobart was the best performing city for price growth, while Adelaide followed.

In units, Hobart prices are now higher than that of Adelaide, Darwin and Perth. Domain said it is likely to surpass Brisbane in the coming months.

Adelaide unit prices, on the other hand, have fallen in the March quarter, although it achieved record high prices in the prior quarter.

Brisbane house prices have stalled following six years of continuous annual growth, with units 9.6 per cent below the mid-2016 peak.

Dr Powell said the market in Brisbane remains fragmented with houses outperforming units, having done so since 2016.

“There is growing interest in Queensland. It is the third most popular destination for overseas migrants and is drawing the highest number of interstate movers, with Brisbane capturing the biggest flow of new residents,” she said.

“New residents will be further lured by growing job prospects, with Queensland leading the way in March for full-time employment growth.

“Several key projects will provide further economic benefits, both financial and as an employment base – projects like Queens Wharf, Cross River Rail, a second airport runway and potentially fast rail to the Gold Coast and Sunshine Coast.” 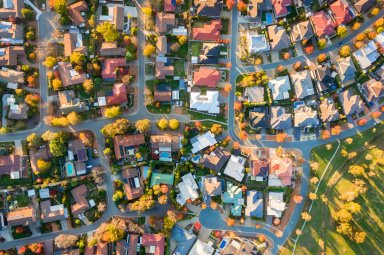