Australians’ personal wealth has declined, with the country’s gross personal assets at its lowest level of 2018 in the December quarter, according to Roy Morgan.

The market researcher said Australians’ personal wealth came to $9.7 trillion for the final quarter, a drop of $512 billion from when it was $10.2 trillion in the September quarter.

Average gross household wealth was also found to be at the lowest it has been in the last 12 months, at $1.01 million, 5.4 per cent below the September quarter.

The value of owner-occupied homes saw a decline of 5.2 per cent ($270 billion), accounting for more than half of the decline at 52.7 per cent in gross personal wealth for the quarter.

“The slowdown in the ASX in the December quarter has had a major negative impact on household wealth, particularly on superannuation and directly held shares,” said Ian Morris, industry communications director at Roy Morgan.

“This, combined with falling housing values and the uncertainty around the coming federal election, has the potential to further negatively impact household wealth.”

Other major value drops recorded were in superannuation and pensions/annuities, which were down by 3.5 per cent ($93 billion) and in property investments, which decreased by $54 billion, or 5.4 per cent.

The other category, including managed funds, other direct investments and deposit/transaction accounts, had the largest value loss, down $95 billion or 6.7 per cent.

The only investment category that showed a gain over the year was deposit and transaction accounts, which were up by 5.4 per cent.

Owner-occupied homes still remain the “mainstay of personal wealth” as they still account for half (50.1 per cent) of gross personal wealth in Australia, Roy Morgan said, despite a significant drop in total value over the last quarter.

Superannuation accounts for nearly a quarter, 24.4 per cent of total wealth, up 0.3 of a percentage point from the prior quarter, followed by property investments at 9.9 per cent, which was unchanged.

Mr Morris added that the majority of media coverage on the wealth Australian households revolves around issues to do with housing affordability, falling property prices and high debt levels, despite the fact that other assets account for half the total gross assets of Australian households.

“Despite the current mainly negative wealth environment, it is important to note that average gross household wealth still stands at over $1 million and in fact, at $1.01 million, it is 26 per cent or $207,000 higher than it was five years ago,” he said. 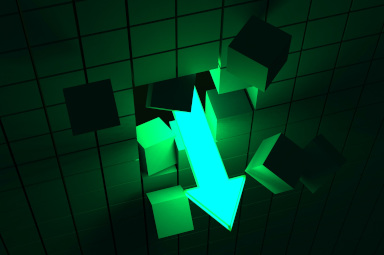