The nuances of the Hayne royal commission should not be ignored, particularly around the recommendations regarding vertical integration, said Centrepoint Alliance chief executive Angus Benbow.

Speaking exclusively on the ifa Show podcast, Mr Benbow spoke on how commissioner Kenneth Hayne didn’t mention anything in his final report about dismantling the vertically integrated advice model.

He noted that commissioner Hayne recognised the difficulties of dismantling the vertical model and thinks he’s trying to let the market decide on it instead.

“They haven't dismantled vertical integration but what does vertical integration look like in a world where you have to declare your independence, which is not just for the big six. It's for many small self-licensed businesses that have an MDA of some form. They're not independent by that terminology,” Mr Benbow said on the podcast.

Further, Mr Benbow referred to the letter of independence from the adviser as recommended from the Hayne commission as “a market-driven force”.

He said that's effectively what's happened in the UK, where there is a highly-scaled vertical integrated cost of advice, delivery is a lot lower and you've got a more expensive independent market.

“What will the consumer want and will they be willing to go to an AMP or a CFS of MLC without the independence? But there may be a different proposition is that advice is a lot cheaper in that model to justify or to attract clients than it is in the IFA channel,” he said.

“Do we get there anyway? I'm not sure. Does the big six start to invest in highly-scalable salaried channels to lower the cost of advice substantially and make it much more streamlined? What's the utility or what's the benefit as a self-employed adviser remaining in the big six?

“Because if every conversation you're saying, ‘Not independent but I'm going to recommend you into these other products which are not tied to the mother ship’, what's the point of that? There's a lot of questions for me that remain unanswered, and I think nobody knows.”

To listen to the full ifa Show podcast with Angus Benbow, click here. 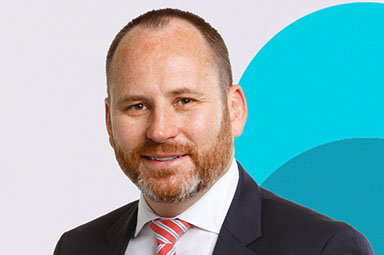