An aspect of the Hayne royal commission largely overlooked by the financial services industry has been adviser access to data, according to the head of IRESS.

Speaking exclusively to ifa, IRESS chief executive Andrew Walsh said the most noticeable challenge was advisers being able to access data records in order to respond to institutions such as ASIC and the Hayne commission.

According to Mr Walsh, a large part of that issue stemmed from the requirement for advice firms to access records and acquire information in physical form, which had therefore limited their ability to have real-time oversight of their compliance.

“We've seen responses [from firms] where people started to consolidate systems they've got from some of the institutional clients, however they've got multiple systems and those systems don't often talk to each other,” Mr Walsh said.

As a result of the royal commission, he noticed a real trend from advice firms to consolidate those systems and better enable data access.

Further, Mr Walsh said there's been a lot of focus on digitising paper records. In response, he said IRESS had several projects with large clients to ensure that their assets are digitised or their records are digitised, so it can be searchable and indexable and can be seen within XPLAN.

“There is now a real focus on what does the data mean and the problem has been that data isn't there because people aren't using systems in a consistent way or in a co-ordinated way and so there is a similar emphasis on process,” Mr Walsh said.

“What is the process? Where is the data captured? What is mandatory? What is optional? Because unless you define that, you don't get the data in order to use.

“I think that 2018 for me was a real recognition that AI (artificial intelligence) and machine learning and all these other things are good but unless you've got the data in the first place you're stuffed. So there's been a real focus on making sure that people have got data.” 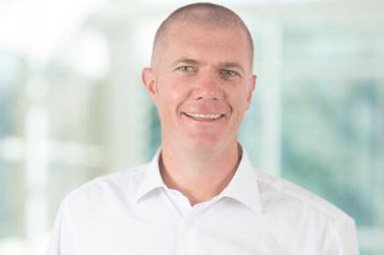