Federal budget: What’s in it for me?

Like so many mornings that follow budget night, we’re all left wondering what all the fuss was about.

For many finance reporters, budget night is like Christmas Eve. They froth with anticipation in the hours leading up to the final delivery of the thing at 7:30pm. A special few get a sneak peek at the hefty report in the lock-up, the most coveted of guest lists on this special night.

I’m somewhat of a grinch in this climate. The federal budget has never done much for me. After a year reporting on the Hayne royal commission, there isn’t much the government can announce that would shock me or my readers.

But this year’s budget is rather unique as it almost immediately precedes a federal election. An election that has significant ramifications for Australia’s economic prosperity.

The Coalition’s budget has clearly been designed to secure the government a victory at the polls next month. It’s copping plenty of flak for that.

Treasurer Josh Frydenberg began his speech in Parliament last night with a statement that has been attacked by the mainstream press, particularly the ABC, for the past 12 hours.

“The budget is back in the black and Australia is back on track,” the Treasurer said, announcing that the Coalition delivered a $7.1 billion surplus.

“Over the last year the interest bill on national debt was $18 billion,” he said. “We are reducing the debt and this interest bill, not by higher taxes, but by good financial management and growing the economy.”

The government will provide $606.7 million over five years from 2018-19 to facilitate its response to the Royal Commission into Misconduct in the Banking, Superannuation and Financial Services Industry.

The package comprises a suite of measures that fulfil the government’s commitment to take action on all 76 of the recommendations of the royal commission’s final report, including:

Tax cuts were the headline act of this year’s “back in black” bonanza.

The government has announced immediate tax relief for low- and middle-income earners of up to $1,080 for singles or up to $2,160 for dual income families to ease the cost of living.

The Coalition will also be lowering the 32.5 per cent rate to 30 per cent in 2024-25, increasing the reward for effort by ensuring a projected 94 per cent of taxpayers will face a marginal tax rate of no more than 30 per cent.

“The Australian government is lowering taxes for working Australians and backing small- and medium-sized business, while ensuring all taxpayers, including big business and multinationals, pay their fair share,” the Treasurer said.

While a number of superannuation changes were announced. What was more noteworthy was what wasn’t included in the budget.

Those up to and including age 74 will be able to receive spouse contributions, with those 65 and 66 no longer needing to meet a work test.

“This measure is estimated to reduce revenue by $75.0 million over the forward estimates period,” the Treasurer said.

“Currently, people aged 65 to 74 can only make voluntary superannuation contributions if they self-report as working a minimum of 40 hours over a 30-day period in the relevant financial year. Those aged 65 and over cannot access bring-forward arrangements and those aged 70 and over cannot receive spouse contributions.”

The government will make permanent the current tax relief for merging superannuation funds that is due to expire on 1 July 2020.

“This measure is estimated to have an unquantifiable reduction in revenue over the forward estimates period,” Mr Frydenberg said.

The tax relief will be made permanent from 1 July 2020, ensuring superannuation fund member balances are not affected by tax when funds merge. It will remove tax as an impediment to mergers and facilitate industry consolidation, consistent with the recommendation of the Productivity Commission’s final report into the superannuation industry.

The government will also reduce costs and simplify reporting for superannuation funds by streamlining some administrative requirements for the calculation of exempt current pension income (ECPI).

The government will allow superannuation fund trustees with interests in both the accumulation and retirement phases during an income year to choose their preferred method of calculating ECPI.

The government will also remove a redundant requirement for superannuation funds to obtain an actuarial certificate when calculating ECPI using the proportionate method, where all members of the fund are fully in the retirement phase for all of the income year.

This measure will start on 1 July 2020 and is estimated to have no revenue impact over the forward estimates period.

“The expansion of the work test exemption, spouse contributions and bring-forward arrangements will provide workers nearing retirement greater flexibility to make additional super contributions if they are able. The electronic requests for release of super and simplification of exempt current pension income calculations are sensible and welcome,” FSC chief executive Sally Loane said.

“The FSC also supports the tax relief for merging super funds, as this will help the superannuation industry consolidate to reduce costs and improve member outcomes.”

However, the FSC is disappointed this is not part of a comprehensive product rationalisation scheme, despite this being a longstanding government commitment.

“A lack of reform in this area means consumers are locked into older, more expensive products,” Ms Loane said.

The FSC was also pleased to note the budget has largely kept the superannuation settings unchanged. However, Ms Loane said the council is disappointed the government has failed to reform non-resident withholding tax for managed funds in the Asia Region Funds Passport.

“This means Australia will remain uncompetitive in our region, and Australia will not be competing with Asian funds on a level playing field,” she said.

“The withholding tax on managed funds raises little money, but harms our competitiveness within Asia, putting Australia’s fund managers at a major competitive disadvantage in the region.”

Federal budget: What’s in it for me? 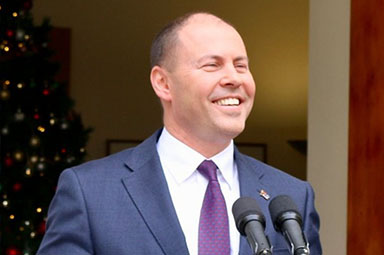