An academic has shared new details into what will be in the exam set by the Financial Adviser Standards and Ethics Authority in response to adviser uncertainty.

During a panel event at the ifa Business Strategy Day in Sydney yesterday, Western Sydney University associate lecturer Amanda Craft shared what she knows about the upcoming FASEA exam that all existing advisers will need to have passed by 1 January 2021.

She said the exam should be very much tied to the content, mapping to bridge subjects ranging from corporations law to ethics as well as a little bit of behavioural finance.

Ms Craft said the exam is not what most academics think of as a “typical exam”, in that it’s not testing knowledge in the sense that it’s not about knowing through rote memory, or what a certain section of the Corporations Act says.

“It's not about that. It's based on case studies. There'll be a story about an adviser who did this and there's something clearly wrong in the story. And then the question is something like, ‘What did they do wrong?’, ‘What should they have done right?’, ‘Which section of the Corporations Act did they breach?’,” Ms Craft said.

“It's very practical – apply your knowledge and your experience and what you already know to examples from the industry.

Ms Craft said the exam is not at a level where it’s attempting to distinguish between people who get 100 per cent and those who get 1 or 2 per cent. She said the goal behind the FASEA exam is that it’s set at a standard.

“The questions are set at the level where if you don't know this, you should not be here. That's the level of the kinds of questions that they're talking about setting. It's not like a traditional university level of exam," she said.

Further, Ms Craft said the exam will be all administered online on computers, where you sit in front of a computer screen and you get no paper at all.

While the exam will be ‘open book’, she said it’s not open book in the sense of a law exam where candidates receive a massive section of the Corporations Act and have to spend all their time flicking through it in search for an answer.

“It's more, ‘Here's the case study. Here's a question. Here's a link to the relevant section of the Corporations Act’, but you probably already know ... You might not know the exact wording of what that section says but you know what the tone of it,” Ms Craft said.

“If you know it's linking to best interests duty and you know what best interests duty is, you can go and read it if you want to check but you should know the answer before. You're just double-checking to make sure you feel confident before you answer the question. It's not like you have to look it up yourself. Everything I understand is linked electronically inside the exam.” 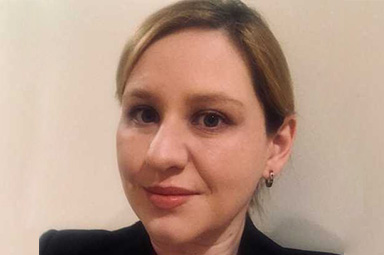