A property investment professional and director of an integrated wealth group has praised commissioner Hayne’s recommendation to introduce a best interests duty for mortgage brokers.

Speaking on an episode of The Smart Property Investment Show, Ben Kingsley, broker and director at Empower Wealth and chair of the board of directors at the Property Investors Council of Australia, said he is in favour of the introduction of a best interests duty and test for brokers, as recommended by commissioner Kenneth Hayne in his final report for the banking royal commission.

“So, if I have a best interest test, [then] that says to me that I can’t advise my client – based on the analysis of the cash flow that I’ve done – that they shouldn’t push the envelope a little bit harder to borrow a little bit more.

The Empower Wealth director also warned of the adverse consequences of introducing a fee-for-service model – where the borrower pays a mortgage arrangement fee to brokers and lenders – saying that it will lead to “contraction in terms of the choices you have”.

This model was proposed by commissioner Hayne as an alternative to the current lender-paid upfront and trail commission structure, which has been intensely scrutinised for being “conflicted”.

The idea, which was presented in the final royal commission report, sparked fears over the longevity of the mortgage broking industry and the impact on consumers, should such a drastic change be legislated.

For this reason, as Mr Kingsley suggested, the fee-for-service model may be a contradictory recommendation to the best interests duty.

Despite the government stating it would implement all of commissioner Hayne’s recommendations, Prime Minister Scott Morrison showed hesitance towards the recommendation to eliminate lender-paid broker commissions, saying that he doesn’t want the broking sector to “wither on the vine and be strangled by regulation that would throw them out of business… [and] deny choice and competition in the banking system”.

“If there is one thing that we have learned through this process, it is that we need more competition. We need more options. We need more choices. Not fewer. And that is what the Treasurer and I are concerned about in terms of how we would go forward on that one recommendation [on broker remuneration],” the Prime Minister said.

Regarding the major political parties, Mr Kingsley said that the government’s initial response to adopt every recommendation is slowly trickling back.

He continued, “I suspect they are a little bit surprised by the groundswell of support for people in terms of using brokers because they came out before the royal commission.

“Now, everyone’s been sort of backed into a corner, both Liberal and Labor.”

Listen to the full episode of The Smart Property Investment Show here. 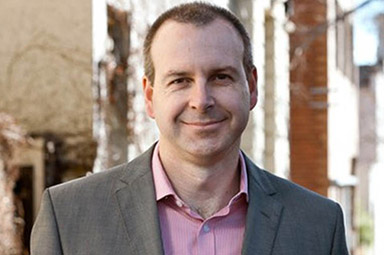