‘We will not be a police force’: APRA

APRA chairman Wayne Byres faced a parliamentary committee last week where he stressed that despite new enforcement powers the authority will remain, at its heart, a prudential regulator.

Mr Byres appeared before the Senate economics legislation committee in Canberra on Thursday (21 February), where he was questioned by committee chair and Liberal senator Jane Hume about APRA’s approach to enforcement and the Banking Executive Accountability Regime (BEAR).

The BEAR came into effect for the major banks on 1 July 2018 and will include all other ADIs from 1 July this year. The royal commission final report recommended a strengthening of APRA’s prudential and supervisory framework.

“We have some new powers and we have asked for those powers for some time, the Parliament is now hopefully giving them to us and it is our intent to use them,” Mr Byres told the committee.

“We’ve wanted them for a reason. We will still be at our heart though a prudential regulator. We will not be all of a sudden a police force. But I think we can do more, particularly if we are well equipped to do so, quicker than we have in the past.”

During the hearings, committee chair Jane Hume asked Mr Byres if APRA had anything to do with "the ousting of Mr Henry and Mr Thorburn from NAB”.

Mr Byres neither confirmed nor denied APRA’s involvement, but stated: “I don’t want to get into commenting on individual organisations.”

The regulator is currently reviewing its enforcement strategy with the assistance of an independent expert panel. This review has a wide scope that includes consideration of when to hold individuals to account (including under the BEAR) when it would be appropriate to take enforcement action to achieve general and specific deterrence in appropriate cases, and APRA’s governance and other arrangements in relation to enforcement decisions.

The report is expected to be completed at the end of March 2019 and published shortly thereafter.

‘We will not be a police force’: APRA 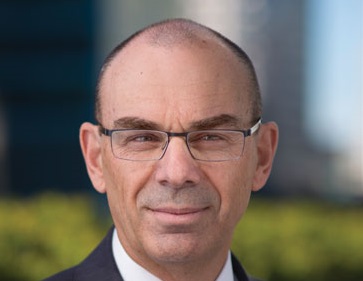