CountPlus has revealed a profit of $2.6 million in the second half of 2018 as well as a strategic acquisition of a NSW-based firm advice firm to its network.

In an announcement on the ASX, CountPlus said the performance compares favourably to the $3.3 million loss it incurred in the first half of 2018.

CountPlus also achieved earnings before interest, tax and amortisation (EBITA) of $4.7 million for the six-month period, and expects the measure to improve as the profitability of member firms improves.

It said the strategy has been underpinned by disciplined financial controls, cultural and leadership change in its firms, governing the things that matter and a focus on its core business activities.

Further, the EBITA margin of CountPlus member firms rose to 18 per cent in the half-year ending 2018, up from 15 per cent for the same period in 2017.

“Within the CountPlus network, 10 firms achieved EBITA margin of greater than 18 per cent. The company is aiming to improve EBITA margins to 25 per cent in the medium term, which will also underpin our future profitability,” said CountPlus chief executive Matthew Rowe.

It said it has acquired the entire client base, excluding the audit fees generated by the practice, as well as the Count Coffs Harbour brand.

Kerry Albert & Co principal, Kerry Albert, will be retained as a consultant, while the existing firm's staff will be offered roles, CountPlus said.

“CountPlus is focused on investing in high-quality accounting and advice firm partners and this acquisition represents a solid partnership in the Coffs Harbour region,” Mr Rowe said. 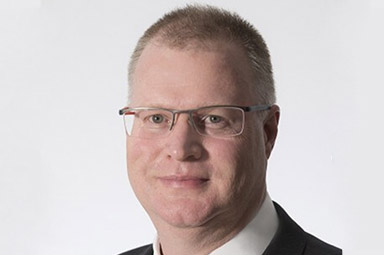