The corporate regulator has today outlined how it plans to implement a dozen recommendations made in the royal commission final report.

ASIC said the royal commission’s recommendations reinforce and will inform the implementation of steps ASIC has been taking as part of a strategic program of change that commenced in 2018 to strengthen its governance and culture and to realign its enforcement and regulatory priorities.

“There are 12 recommendations that are directed at ASIC, or where the government’s response requires action now by ASIC, without the need for legislative change. ASIC is committed to fully implementing each of these,” ASIC said in a statement.

• an expanded role for ASIC to become the primary conduct regulator in superannuation;
• the extension of Banking Executive Accountability Regime (BEAR) - like accountability obligations to firms regulated by ASIC, with their focus being on conduct;
• the end of grandfathering of Future of Financial Advice (FoFA) commissions;
• the extension of the proposed product intervention powers and design and distribution obligations to a broader range of financial products and services;
• the extension of ASIC’s role to cover insurance claims handling and the application of unfair contract terms laws to insurance;
• reforms to breach reporting; and
• ASIC being provided with a directions power.

ASIC confirmed it will commence work immediately with the banking industry on appropriate amendments to the banking code in relation to each of these recommendations.

ASIC will work with industry in anticipation of the Parliament legislating reforms in relation to codes and ASIC’s powers to provide for ‘enforceable code provisions’.

“This work will include a focus on which code provisions need to be made ‘enforceable code provisions’ on the basis they govern the terms of the contract made or to be made between the financial services provider and the consumer,” the regulator said.

“ASIC will also continue to work within the existing law to improve the quality of codes and code compliance.”

The royal commission recommended that grandfathering provisions for conflicted remuneration should be repealed as soon as is reasonably practicable.

The government has agreed to end grandfathering of conflicted remuneration effective from 1 January 2021.

Consistent with the government’s response to this recommendation, ASIC said it will monitor and report on the extent to which product issuers are acting to end the grandfathering of conflicted remuneration for the period 1 July 2019 to 1 January 2021.

“This will include consideration of the passing through of benefits to clients, whether through direct rebates or otherwise,” ASIC said.

The final report recommended that unless there is a clear justification for retaining those commissions, the cap should ultimately be reduced to zero.
ASIC today confirmed it will implement this recommendation.

“ASIC will consider this recommendation and factors identified by the royal commission in undertaking its post implementation review of the impact of the ASIC Corporations Life Insurance Commissions Instrument 2017/510, which set commission caps and clawback amounts, and which commenced on 1 January 2018,” the regulator said.

As noted by the royal commission, and consistent with the government’s timetable, ASIC’s review will take place in 2021.

The regulator said actions are already underway to adopt an approach of enforcement that considers whether a court should determine the consequences of a contravention.

In particular, ASIC has adopted a ‘Why not litigate?’ enforcement stance and initiated an internal enforcement review (IER).

“ASIC’s commission has determined to create a separate Office of Enforcement within ASIC and this will be implemented in 2019,” the regulator said.

“ASIC will take the IER report and the royal commission’s comments on it into account, as it makes its final changes to its enforcement policies, procedures and decision-making structures to deliver on its ‘Why not litigate? enforcement stance.”

Together with APRA, ASIC has agreed to implement this recommendation, including in relation to any statutory obligation to cooperate, share information and notify APRA of breaches or suspected breaches, that the government puts in place as part of its response to recommendation 6.9.

Recommendation 6.12 — Application of the BEAR to regulators

The royal commission recommended that both APRA and ASIC internally formulate and apply a management accountability regime similar to those established by BEAR.

ASIC agrees to implement this recommendation. In anticipation of the government’s establishment of the external oversight body, ASIC will commence work on developing accountability maps consistent with the BEAR.

ASIC will consider the approach of the Financial Conduct Authority in implementing this recommendation. ASIC will develop and publish accountability statements before the end of 2019. 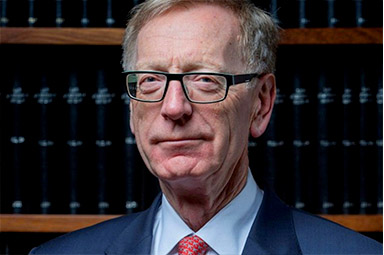