One of the first new financial businesses to launch post royal commission says that it is ready to promote the culture that is needed in the sector.

Integrity is a new life insurance company that has built its product from the ground up and is ready to launch in a post-Hayne world.

Speaking exclusively to ifa, managing director and chief executive of Integrity, Chris Powell, said that his team has been doing the work to be ready to launch to the consumer in a post-royal commission world.

“The Hayne royal commission has been taking place and here's this business that's about to launch that fulfils all of the issues from within the commission and they've been building this for the last 12 months before the final report’s come out and they're ready to go. This is the future of the industry,” he said.

Mr Powell said that Hayne gave the industry six norms of behaviour in his interim report and his recommendations were built around those values.

Integrity analysed the final report and found no surprises, said Mr Powell, as the values that Hayne sought in the industry were ones that Integrity had been working towards.

“When we launch it will be very apparent that what we have done is built an organisation which is around everything in the royal commission but was pre-empting it,” he said.

“It is being built around integrity and is simplifying what is a very complex industry to better help advisers do far more business far more quickly.”

Mr Powell said that Integrity had the added benefit of being able to build everything from scratch with advisers in the forefront of what they were doing.

“We've had the benefit of building a culture, systems and processes and products all from nothing, which means we don't have legacy in them. It's all completely built around customer focus,” he said.

The offering of Integrity was simple life insurance, said Mr Powell, and one that was already working for over 50 advisers in Australia.

“We need to be able to give advisers a document that they can show to a client and work through it and both fully understand it. While advisers may understand the complex documents, the clients don’t. This is a tool that lets advisers and clients understand and go through it together,” he said.

Mr Powell said the company was ready for its launch and was excited to start helping advisers throughout Australia.

“We will be the first new business to launch after the royal commission, really the first new life insurer for quite some time, lets not get confused by distributors because they are not life insurers. We will bring a completely new offering,” he said. 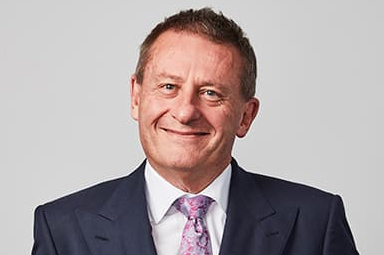