NAB chief executive Andrew Thorburn and chairman Ken Henry have announced they will be resigning from their roles.

In a statement to the ASX, Mr Thorburn will finish at NAB on 28 February, while Dr Henry indicated he would retire from the board once a new permanent chief executive had been appointed.

The NAB board said it will initiate a global search process for the chief executive role while actively considering a range of internal candidates.

In addition, it has asked director Philip Chronican to service as acting chief executive effective from 1 March until an appointment is made.

Mr Thorburn said it has been an honour to be the chief executive of NAB, and to have been part of NAB since 2005.

“I acknowledge that the bank has sustained damage as a result of its past practices and comments in the royal commission’s final report about them,” Mr Thorburn said.

“I have always sought to act in the best interests of the bank and customers and I know that I have always acted with integrity.

“However, I recognise there is a desire for change. As a result, I spoke with the board and offered to step down as CEO, and they have accepted my offer.”

Dr Henry said the board had recognised that change was necessary.

“The timing of my departure will minimise disruption for customers, employees and shareholders,” he said.

“This is naturally a difficult decision but I believe the board should have the opportunity to appoint a new chair for the next period as NAB seeks to reset its culture and ensure all decisions are made on behalf of customers.”

Mr Chronican said he was privileged to have been asked to step in as acting chief executive while the board selected a replacement.

“I recognise the important responsibility in stepping into this role at a difficult time for NAB,” he said.

“I am confident in our existing strategy to transform the bank to be better for customers and will work with everyone at NAB to earn the trust and respect of the community.” 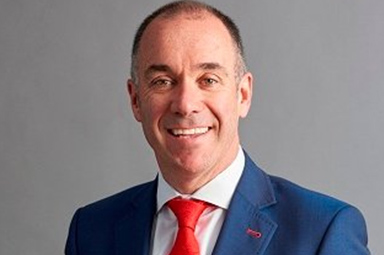