Shadow treasurer Chris Bowen has demanded that the royal commission final report be released on 1 February and indicated that Labor will implement all recommendations if it wins the next election.

Mr Bowen this week said that it is in the national interest for the Australian people and victims of banking scandals to be able to access the Hayne banking royal commission’s final report and form their own views, at the earliest opportunity, and that means on Friday, 1 February.

“I have written to the Treasurer requesting the release the final report and related documents of the banking royal commission as soon as practicable after it is received by the government,” Mr Bowen said.

“The Liberal Party has no excuses not to release the final report of the Hayne royal commission when they receive it on 1 February.”

Mr Bowen noted that Treasurer Josh Frydenberg released the royal commission’s interim report on the day they received it, but slammed the government’s handling of the inquiry.

“The government’s handling of the banking royal commission has been woeful from start to finish, having voted 26 times against establishing one and refusing to extend it to hear from more victims of banking scandals,” he said.

“Refusing to release the royal commission’s final report immediately would unnecessarily politicise the handling of the report and give rise to potential material market risks around leaks of all or part of the report.

“Shadow treasurer Chris Bowen has already indicated he may adopt most of the findings,” he said. “Clearly the advice community needs to now start lobbying the relevant politicians to protect our position."

The AIOFP has established a strategic alliance with the left-wing Financial Sector Union (FSU) and its deputy leader Nathan Rees, a former NSW premier and Labor party member. 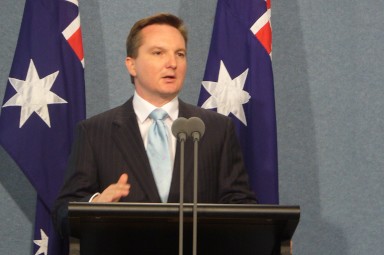