The Federal Court of Australia has wound up an Australian Financial Services licensee and banned its director from providing financial services for 25 years.

Its director, Graeme Walter Miller, has been restrained from providing financial services for 25 years and has been disqualified from managing corporations for three years.

Since 2008, Mr Miller has advised CFS Private Wealth clients to transfer over $4.7 million to CFS Corporation for investment purposes.

Mr Miller instead used those funds as his own personal piggy bank and to make interest payments to other clients.

Justice John Reeves, who presided over the case, described the conduct as a “blatant misuse of investor funds”.

In restraining Mr Miller, Justice Reeves found Mr Miller’s "frequent and ongoing misuse of his clients’ superannuation savings for personal purposes over a number of years, in a long series of transactions which displayed what I consider to be a serious degree of personal dishonesty".

The court also found that CFS Private Wealth had failed to provide financial services efficiently, honestly and fairly, in breach of the Corporations Act and had failed to lodge its financial reports with ASIC since 2010.

CFS Private was also found to have insufficient assets to meet the conditions of its licence and did not adequately document client investments, including client names, amounts invested and the name of being invested in.

Justice Reeves said in his judgement that Mr Miller had no remorse for his actions and its consequences on his clients. 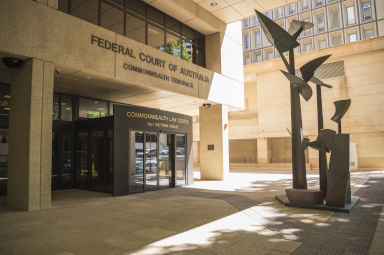