ANZ pushes on with wealth sale to IOOF

ANZ has agreed to an amendment to its contracts with IOOF allowing it to continue with the sale of its wealth management businesses.

In a statement, ANZ said the amendment will allow for the legal separation of its pensions and investments business and allow more time for the P&I independent trustee to separately consider the transfer of the business.

Completion of the sale of the P&I business is subject to the P&I independent trustee and ANZ providing consent to transfer the business to IOOF.

“The contract amendment allows us to continue the work to separate our wealth businesses, while also allowing the P&I independent trustee appropriate time to consider its consent to that acquisition,” said ANZ deputy chief executive Alexis George.

ANZ noted to the ASX that it would seek additional information from both APRA and IOOF after the prudential regulator commenced disqualification proceedings against IOOF entities, directors and executives in December 2018 for failing to act in the best interest of super members.

ANZ announced the sale of its OnePath P&I business to IOOF in October 2017.

It said it would sell aligned dealer groups Millenium3, RI Advice, Elders Financial Planning and Financial Service Partners as well as the pensions and investments business for $975 million.

In addition, ANZ said it would enter into a "20-year strategic alliance" with IOOF to make the latter's superannuation and investment products available to ANZ's customers.

ANZ pushes on with wealth sale to IOOF 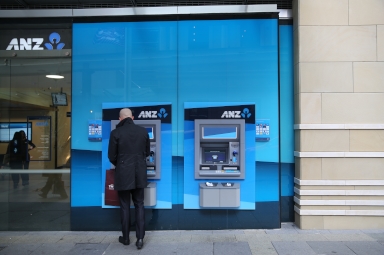