A financial services professional has noted that the effects of the Hayne royal commission have been flowing over to New Zealand, despite the systemic issues identified in the hearings relating to the Australian market.

Speaking to ifa sister publication The Adviser, Auckland-based Loan Market broker Bruce Patten said the after-effects of the Royal Commission into Misconduct in the Banking, Superannuation and Financial Services Industry has crossed over the Tasman because some of the financial institutions under scrutiny – such as ANZ Bank, Westpac, and AMP – also operate in New Zealand.

When ANZ and Westpac make a credit policy or other change, the other two of the big four, ASB Bank and the Bank of New Zealand (BNZ), tend to follow suit, according to Mr Patten.

“It is quite interesting that they feel that New Zealand should have to alter something when: a) we have not had a royal commission; and b) our Reserve Bank in New Zealand has said [it doesn’t] actually see the same inherent issues,” he said.

The Loan Market broker added that “the paperwork as become ridiculous”.

“All of a sudden, you're filling out 16 different [forms for one client] ... It should be all incorporated in a single document, but they just keep adding on and adding on,” Mr Patten said.

“I think for [mortgage] advisers, the biggest frustration is that there is no collaboration amongst the providers. [They’re not saying], ‘Let's have the same piece of paper because it's all [designed] to achieve the same thing’.”

The silver lining is that the financial services royal commission is also driving New Zealanders to the broker channel, with the broker market share believed to be back above 40 per cent.

“The broker market share has grown much like it has in Australia because clients are seeing all the negative stuff come out about the banks. They're tending to go more to advisers because they feel that they will be better looked after and get more choice,” the Loan Market NZ broker said.

Mr Patten expects the same to happen in Australia because it’s difficult for large organisations to implement and sustain changes.

“The biggest problem is big organisations like banks will really struggle to get their staff to understand [the changes that need to be made], whereas advisers have always been able to adapt to whatever market changes there are,” he said.

“The end result of new regulation or anything else is normally a growth of market share for advisers. It's been seen all over the world.”

As the financial services industry in Australia awaits the release of the royal commission’s final report and recommendations, Mr Patten just hopes that the changes that are suggested are well thought-out and do not negatively impact customers.

“Once you legislate something, it's very hard to change so [my view is] decision makers need to be really careful about what their final decisions are, regardless of which way they go, because they need to think about what it is actually going to do, not to the brokers, not to the banks ... but to the clients,” he said.

“If it becomes so onerous that the client struggles to get money, the whole system breaks down.” 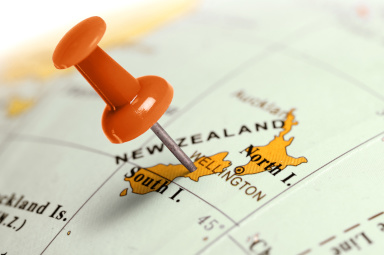