A report from Investment Trends has found that more Australians are leaning towards gearing to finance online investments.

The 2018 Borrowing to Invest Report found that the number of Australians who use gearing in their portfolios has significant room for further growth, estimating around 81,000 intend to use it in the next 12 months, and a further 230,000 could be encouraged to do so.

At present, the use of gearing to invest is highest in the late-accumulation stage, with 16 per cent of online investors aged 35–50 and 19 per cent aged 50–64 using gearing, compared with 5 per cent of Millennial investors.

The report noted that with 52,000 users, margin lending is the most popular credit product for those borrowing to invest in shares, ETFs and managed funds.

The findings were based on a survey of 8,718 Australia-based online investors conducted in July and August.

The population of retail online investors in Australia has surpassed 700,000 for the first time this year, after stagnating between 2015 and 2017.

“Nationwide, an estimated 86,000 online investors are gearing their investment portfolio through a variety of methods, most commonly with margin lending products, line of credit secured against their home equity and home loan redraw facilities,” John Carver, analyst at Investment Trends said.

“These borrowers firmly believe in gearing’s effectiveness as a wealth creation strategy and on a net-basis agree others their age should also use leverage to achieve their goals.”

There is substantial interest among Millennials for gearing, with 52 per cent saying they would like to or can be encouraged to begin using borrowings to invest.

“Millennial borrowers recognise many benefits of leverage-funded investing, particularly its ability to facilitate greater investment given their cash flow and ability to achieve increased diversification in their portfolios,” Mr Carver said.

“These benefits are cited more often than older borrowers, who are more likely to cite negative gearing as a key advantage.”

Mr Carver explained Millennials tend to consider a wider range of lenders before selecting a margin loan provider, 3.8 on average against 2.2 for the industry. He said lenders must have a broader range of hooks for the age group, as they tend to be more demanding.

“In particular, lenders must recognise the unique set of needs and wants of younger investors, such as their greater desire for ETFs,” Mr Carver added.

“Those who best understand these preferences will stand out.”

“This is also reflected in their level of gearing, with an average margin loan LVR of 42 per cent.”

In the coming year, 40 per cent of margin lending investors intend to increase their margin loan borrowings.

These investors most often say they see good investment opportunities and want to borrow more as their investments increase in value.

There remains strong competition among margin lending providers, with CommSec narrowly maintaining its lead in overall customer satisfaction ahead of Leveraged with composite satisfaction scores of 75 per cent and 74 per cent, respectively.

NAB Equity Lending has overtaken ANZ Investment Lending to move into third spot with its score of 69 per cent beating ANZ’s 67 per cent. 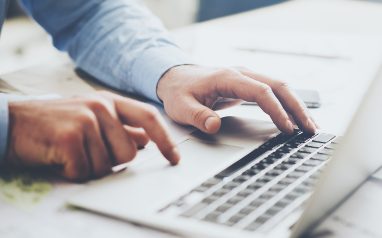