The Reserve Bank of Australia has revealed its cash rate decision for November following its monthly board meeting.

The RBA has decided to keep the cash rate at 1.5 per cent for the 25th consecutive month.

All 32 analysts on rate comparison website finder.com.au’s panel predicted a hold verdict, with 98 per cent of brokers surveyed by mortgage marketplace HashChing also predicting that the cash rate would remain unchanged.

“The fall in the official unemployment rate to 5 per cent helped by above-trend economic growth is good news,” Mr Oliver said.

“But the slide in home prices in Sydney and Melbourne risks accelerating as banks tighten lending standards, which in turn threatens consumer spending and wider economic growth, and inflation and wages growth remain low.

“Against this backdrop, it remains appropriate for the RBA to leave rates on hold.”

Also predicting a hold, economist at Corinna Economic Advisory Saul Eslake said that despite the improvement in the unemployment rate, which he said is “traditionally regarded as signalling full employment”, the trend is “unlikely to be sustained in the near term”, adding that the lower than expected inflation rate would also weigh on the RBA’s rate outlook.

“[The] unemployment figure was probably ‘rogue’. There is still a lot of spare capacity in the labour market by other measures. The RBA itself has started to ‘wonder out loud’ that unemployment probably needs to be lower for longer than history suggests before wages growth starts to pick up,” Mr Eslake said.

“[Most] importantly of all, the latest [Consumer Price Index] data shows underlying inflation still running below the RBA’s target range.”

While also predicting a hold decision, economist at Market Economics Stephen Koukoulas said that based on the RBA’s own inflation targets, the central bank should consider cutting the official cash rate, with headline inflation reported at 0.4 of a percentage point in the third quarter of 2018, falling below market expectations of 0.5 of a percentage point.

“[The] RBA is continuing to ignore its inflation target; otherwise, it would be cutting,” Mr Koukoulas said.

However, 1300HomeLoan managing director John Kolenda said that he believes the RBA was in no rush to alter the official cash rate.

“While there are some good signs for the domestic economy with lower unemployment and more first home buyers getting back into the market, the US-China trade war, housing conditions easing in Sydney and Melbourne, uncertain household consumption and the coming federal election will all influence the RBA to maintain its watching brief,” Mr Kolenda said.

“Lenders have already increased rates out of cycle, so there is no need for the RBA to do anything.”

Despite concerns over weaker than anticipated economic conditions, 78 per cent of experts on finder.com.au’s panel expect the RBA’s next cash rate move to be up. 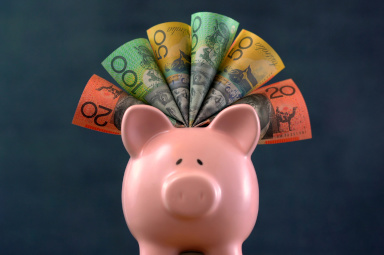