The big four bank’s revenue has taken a significant tumble, with its customer-related remediation in relation to its wealth business being a major factor.

In announcing its full results to the ASX yesterday, NAB’s cash earning’s totalled $5.7 billion, down 14.2 per cent from FY2017.

Last month, NAB announced it would pay out $314 million to customers impacted by its wealth business, something it said would reduce cash earnings by an estimated $261 million and earnings from discontinued operations by an estimated $53 million.

Further, NAB was hit by restructuring-related costs of $755 million in 1H18 primarily related to costs associated with workforce reduction.

It noted that this was due to a higher investment spend as it accelerates investment to transform its business.

NAB chief executive Andrew Thorburn said that, since announcing the restructuring of its wealth business, it has made good progress towards separating MLC ahead of a targeted public market listing by the end of the 2019 calendar year including the appointment of Geoff Lloyd as the MLC chief executive.

He also said that, from 1 October this year, 97 per cent of staff will be rewarded on a balance of outcomes and behaviours under NAB's Variable Reward Plan and not specialist sales incentives, noting that is up from 85 per cent in the September 2018 full year.

“We are operating in a challenging environment and remain alert to risks. The royal commission has raised instances where we failed to treat customers with care and respect,” Mr Thorburn said.

“We are determined to put things right and are taking steps to build a better bank.” 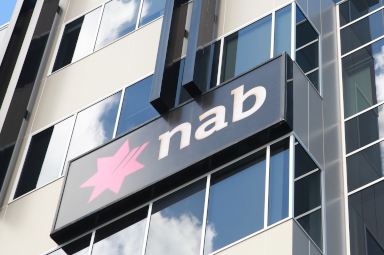