The prudential regulator has come under pressure to boost its resources and rethink its enforcement stance following heavy criticism during the Hayne royal commission.

In his opening statement to the Senate Estimates committee last week, APRA chairman Wayne Byres noted that while APRA has been able to generate improvements within the industry across a range of dimensions over many years, the royal commission highlighted that it has not utilised court-based sanctions.

“As a supervision-led agency, our priorities have traditionally been prevention, rectification, and then sanction,” Mr Byres said.

“With the benefit of John’s fresh perspective, we are re-examining how our enforcement philosophy, our governance structures for enforcement decisions, and our resourcing for enforcement activity can be improved,” Mr Byres said.

“This will take account of not only the lessons from the royal commission, but also the need for new processes and structures to be developed for the BEAR. I do not wish to pre-empt the outcome of the review, but in our submissions to the commission we have already flagged the potential for greater use of enforcement powers to achieve general deterrence across the industry.”

In his Interim Report, commissioner Hayne gave a scathing assessment of both APRA and ASIC, observing that when misconduct was revealed, it either went unpunished or the consequences did not meet the seriousness of what had been done.

“The conduct regulator, ASIC, rarely went to court to seek public denunciation of and punishment for misconduct,” he said.

“The prudential regulator, APRA, never went to court. Much more often than not, when misconduct was revealed, little happened beyond apology from the entity, a drawn-out remediation program and protracted negotiation with ASIC of a media release, an infringement notice, or an enforceable undertaking that acknowledged no more than that ASIC had reasonable ‘concerns’ about the entity’s conduct.” 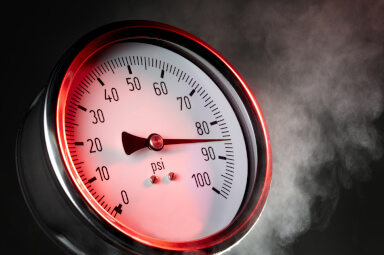