Insurance giant TAL has confirmed that 50 of its employees have been made redundant following damning revelations at the royal commission and an ASIC investigation.

TAL confirmed in a statement on Thursday that an ongoing program of change related to its direct sales business model has been underway for some time.

"That program has resulted in a reduction in staffing requirements in that part of the direct business, which includes Insuranceline, leading to approximately 50 roles recently being made redundant," the group said.

"The program of change is in line with the strategy for our direct business, and focused on achieving the best possible customer outcomes. It includes reviewing all lead types in our direct business to make adjustments where required, as well as a move away from outbound sales channels, which also aligns with recent recommendations from the ASIC direct review.

"All impacted staff have been provided with full support and a number of options have been made available throughout the process, including redeployment where possible."

TAL was one of several insurance groups to appear in the sixth round of royal commission hearings last month. It was during these hearings that Australians learned how TAL had paid a private investigator $20,000 to gather information so the group could avoid paying an estimated $792,000 in claims.

The royal commission also revealed that, as of 14 September, TAL was still employing a senior case manager who was found to have acted inappropriately, bullied customers and whose portfolio was raising concerns.

It is unclear weather this person was one of 50 staff fired from the insurance giant this week.

TAL’s decision to review its direct sales business and the mass redundancies follow the release of a scathing report by the corporate regulator, which found “failure by all firms” in direct life insurance sales.

ASIC’s report, released two weeks before TAL representatives gave evidence at the Hayne inquiry, found that one in five of all policies taken out were cancelled in the cooling off period.

The regulator identified a “clear link” between sale conduct and poor customer outcomes and has recommended that “pressure selling” be banned.

TAL’s decision to move away from outbound sales comes after ASIC made clear its intentions to restrict the practice for life and funeral insurance.

“We are considering what regulatory tools we will use to implement this reform,” ASIC said.

“In the meantime, the small number of firms who are still engaged in outbound sales will need to move away from this practice.” 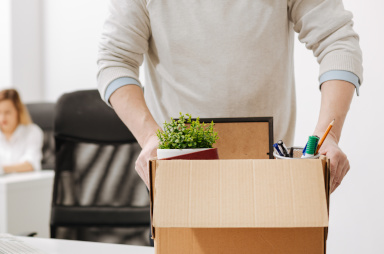