A former Dover adviser has revealed how ASIC’s rush to ban her in response to complaints from her former CBA-aligned dealer group has left her “destroyed” and “devastated”.

The corporate regulator found Ms Hamilton had failed to:

He said ASIC “sped to respond” to a complaint from Colonial First State (CFS), who he said had cut off Ms Hamilton and denied her access to its platform.

In addition, Mr McMaster said Ms Hamilton’s client fees stopped the same day and were instead kept by CFS.

“It was just one of a series of nasty CBA moves to harm Julie, enrich the CFS and deter other CBA Group advisers from jumping ship and joining Dover,” he said.

In response, Mr McMaster noted Ms Hamilton’s response, which was to transfer her 15 clients from CFS’s platform to the Macquarie platform.

He then said Ms Hamilton did this to access client information and “competently advise” her clients going forward and not to ensure her ongoing income from those clients, as was apparently the complaint from CFS.

According to Mr McMaster, CFS complained that Ms Hamilton’s conduct was a breach of her best interests’ duty.

Ms Hamilton said the ban “basically destroyed me and my credibility in the eyes of my clients and my peers”.

“I lost my identity, my business, my income, my credibility, my house and almost my sanity. I was truly devastated. All my old clients were abandoned, and I could do nothing about it,” she said.

“I was a mortgage broker as well but unfortunately my aggregator is owned by a big bank and has a policy against anyone who has a banning order, so I lost that licence as well.

“I am a shell of a human being now and have found it difficult finding a way through this. At 63, your options are not great.” 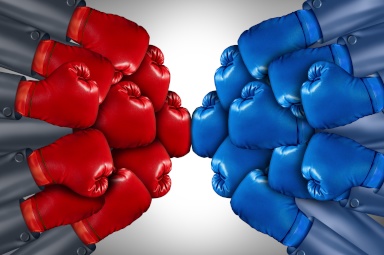