Accept professional standards or don't be an adviser: AFA

The industry is growing to accept and understand that they must comply with upcoming legislated professional standards if they want to continue being advisers, according to the Association of Financial Advisers.

AFA national president Marc Bineham said that the national body is committed to helping its members pass the new requirements but expressed concern over what shape that would take.

“We need to over the next few months still argue with what that is going to look like. At the present time the exam, for example is up to four hours, closed-book exam, no study materials, no practice material and the subject matter will be designed after the exams have already started,” he said.

Mr Bineham said the professional standards legislation the industry had to meet in such a short time is unprecedented, but they had to accept them.

“You can’t keep fighting something that’s legislated. There has to be acceptance,” he said.

Mr Bineham's comments come at a time where the industry is facing new education requirements, both legislative and within industry groups.

The FASEA changes have caused much controversy with Peter Johnston, executive director of AIOFP, saying that it was destroying the industry.

“In the meantime, adviser practice values have plummeted, stress levels immeasurably increased, and family life disrupted by the unfortunate behaviour of some FASEA board members and their industry allies,” Mr Johnston said.

Mr Bineham said he understood why advisers were being anxious and could understand why some advisers had chosen to no longer be advisers because of it.

“A lot of advisers out there are saying ‘I’m in my 50s, how bad would it look that I go out because I failed the exam? I do this exam and the last part of my career is I lost my job because I failed an exam',” he said.

The AFA is committed to helping advisers get the qualifications, but Mr Bineham accepted that ultimately not everyone would come on the journey with them.

“The AFA is here to bring those who want to come along on the journey through and we will do our best. There will be a lot that will struggle but if they are accepting of it and they realise they've just got to do this, we will help them," Mr Bineham said.

“If there are ones that will not accept this, then the legislation is clear. We will help them try to understand what they need to do, but if they are still not accepting of that we can't help."

A previous version of this article said advisers must accept FASEA changes.

Head over to Finni to view the latest financial advice career tips and advice.

Accept professional standards or don't be an adviser: AFA 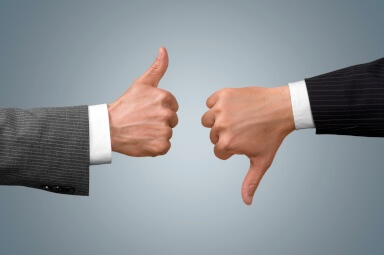